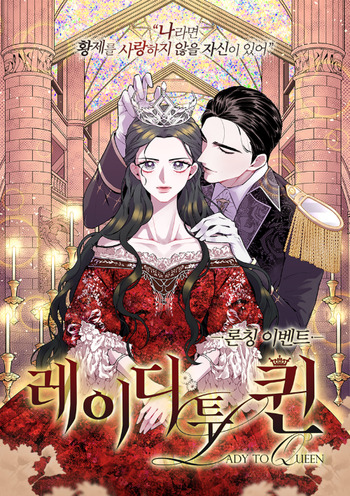 The novel portrays the events a lot better and I only read up to chapter 40 in the manhwa(it was the only chapters available) I read this before I read the novel, I absolutely love the ending and how sincere, considerate, noble, and elegant the emperor became after he fell in love with the MC

But the MC was stuck in the past and didn't want to open her heart as of yet, she was playing hard to get but caved in! So wholesome ❤️

I WARNED YOU!!! THIS IS MY KNOWLEDGE FROM THE NOVEL NOT THE MANHWA!!

The emperor might seem like a bad person because you don't know his back story and you don't know why he loves ROSEMOND his mistress, when he was a child he was abused by the previous empress because he was a child of the previous emperor and his mistress and at the time the current empress was infertile, she caused him pain (a lot of pain) she abused him mentally, physically, verbally and emotionally! No child can handle that amount of abused And he genuinely though his "stepmother" was is birth mom! Which made it a lot worse!

his stepmother made him kill who he thought was a maid but was actually his mother at the age of 15 on his birthday!

he "loves" his mistress because Rosemond has been through a similar traumatic event, Rosemond was the daughter of a baron a low class noble and a prostitute, she was taken in by that low class noble and was then raped by her half brother.....and with this the emperor and his mistress sympathized each other's misfortune, but I don't pity Rosemond at all! She was too greedy and didn't know her place, she was obsessed with status, indeed she is human but she needs to learn her own limit! And her actions became inhumane!

he "loved" Rosemond because he had someone that understands his pain and what's he's been through OR SO HE THOUGHT rosemond his mistress was greedy for the throne and nothing but the throne, she used the emperors "love, favor, and traumatic experience" and tricked him into believing she "loved" him.....that's why I hate Rosemond and took empathy on the emperor an abused child who killed his mom outta of manipulation, and jealousy of the empress and a misunderstanding

Rosemond is venal and knows no shame, she committed a sin by trying to Assainate the empress (MC) not once but twice, she drugged the emperor with aphrodisiac to try and create an "heir" but she failed miserably and the emperor ended up sleeping with the empress[MC] that night 🤪 IN THE NOVEL THE EMPRESS IS INFERTILE! BUT I STILL THINK SHE GOT PREGNANT BECAUSE WOMEN WITH INFERTILITY "CAN" GET PREGNANT BUT MISCARRIAGE IS A HIGH RISK!! THE EMPRESS AND EMPEROR In fact FELL IN LOVE AND EVERYONE FOUND THERE HAPPINESS EXCEPT ROSE WHO

got........... DECAPITATED for the act of treason, she thought the emperor would saved her but he didn't because rosemond confessed that she didn't love him in a fit of rage, but at that time the emperor was already in love with the empress(it still hurted tho)

*not her exact words but that's was what she meant*

this reminded me of the "REMARRIED EMPRESS" because ROSEBITCH(Rosemond) reminded me of Trashta(RASHTA) but rashta is just more dull witted than rosemond is and RASHTA is a slave who became a mistress! Neither knows there place and acts out just because they have the emperors favor PIECE OF %#&$!!!!!!!

To be honest, I was looking down on this manhwa because of the drawing and the title that didn't interest me.. But it's actually not bad at all.

This is a webtoon about reincarnation/ time travel/ second chance etc.. It's about Patricia (depends on the translation), a normal girl that sees her family getting executed because of her sister's husband, the emperor, and his mistress. After getting guillotined, time rewinds and now she decides to change things like preventing her sister from becoming empress by going and failing the test (eventually, she's accepted without succeeding in the tests) and protectting her family by preventing the mistress from carrying out her plans. But.. is it that simple?

If I may say, it's the character's psychological circumstances and evolution that makes this manhwa great. I started by almost hating the male lead but after 50 chapters or so.. I was more "disgusted" by him rather than hating him. Yes, It's worse but it's not the same and I feel like, as I continue to be drawn into this manhwa, I will begin to appreciate the ml. I find him different than mls that did horrible things in their past lives and are liked in 20 chapters because they pursue the fl and are so annoying!

Another reason why I feel like I'll like him is because of the female lead. She literally undergoes a psychological transformation (I think she goes from pure girl to dignified, to a villainess) and is continuing to change and to view others differently. Her view of her husband changes and guides us but she still hates him because of what he did in chapter 1 (seriously, are there rly people who would want to marry: 1- the one who destroyed your family and made your sister suffer, 2- the ex-husband of your sister in your past life. I like that she still hates him and It makes me want to see how they'll make up for it). Other characters also change for the better and that's all I think is necessary.

I don't have anything to say about the drawing. I personally don't like it at all.

Overall, it's nice and interesting. Oh and, you'll maybe have difficulties finding a good translation and that's something that nobody likes but I recommend it nevertheless, you will not regret it if you at least try.

One of the rare realistic stories where the FL and ML don't just fall in love at first sight for the story sake.

This is the second manhwa (after the "Remarried Empress") that make me want to throw my phone on the wall because i was so angry with the villain.

Overall, i think the story is so great. And the relationship between ML and FL is developing in a good way. Can't wait for more chapter

This manhwa emphises human emotions and constant changes. I think it's interesting to see both ml and FL psychology evolution but at the same time it's really frustrating sometimes because you know it's kind of toxic and you want them to just live simply 😳