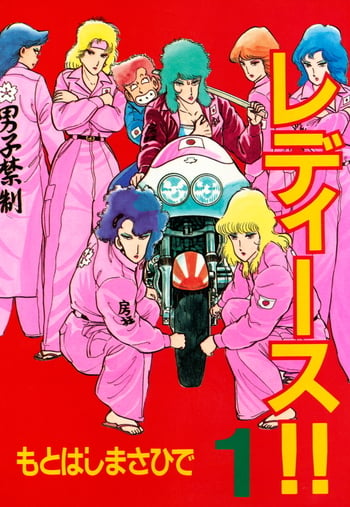 Iwaki is the man that competes with Haruma Yuuki, one of the candidates for the next leader of the Rinja. He leaves his weak team and knocks on the door of the Kobura where he encounters the man who once in the past successfully lead the COBRA to become as powerful as the Rinja....The last episode 'Dark Reverberation' now begins, pursuing the blood lineage of the Rinja and the Kobura!!

Watching the news, Takemichi Hanagaki learns that his girlfriend from way back in middle school, Hinata Tachibana, has died. The only girlfriend he ever had was just killed by a villainous group known as the Tokyo Manji Gang. He lives in a crappy apartment with thin walls, and his six-years-younger boss treats him like an idiot. Plus, he’s a complete and total virgin … At the height of his rock-bottom life, he suddenly time-leaps twelve years back to his middle school days!! To save Hinata, and change the life he spent running away, hopeless part-timer Takemichi must aim for the top of Kanto’s most sinister delinquent gang!!

Haruma Yuuki is an all brawn and no brain kind of high school student. For the past few years his only dream has been to join the Winds of Cemetery – Linda, the top motorcycle gang in the area and idolizes the leader, Zemba Knight. Zemba is the third generation leader of Linda and hasn’t lost a fight or a motorcycle race to anyone in town. Haruma is introduced to the radical and dangerous life style that the Linda live while still learning important life lessons.

Follows Tora of his quest to become the most notorious gangster in all of Japan. When he encounters Gakubo Masa, the boss of the Gokumasa family, he immediately admires him and joins the family on their rampages.

Aihara Shinobu is a high school student and lovely model. One day in Shibuya, she's handled roughly by a gang leader named Kyou, who insists he will make her his woman unless she can produce a boyfriend. Shinobu turns to her unrequited love, a true gentleman named Hibiki, the utter opposite of Kyou, and begs him to play the part. But what Shinobu doesn't realize is how long Kyou and Hibiki have waited for this moment...

White is passion, a color that won’t yield to even the slightest imperfection. From manga artist Suguro Chayamachi comes BLANC, a collection of six very unique short stories. A young man takes it upon himself to find a lost cat’s home. Two delinquents bond after one has a near-death experience. A boy discovers the joys and pains of first love. One punk makes a dark decision to cover up his tracks. A familiar face has one...