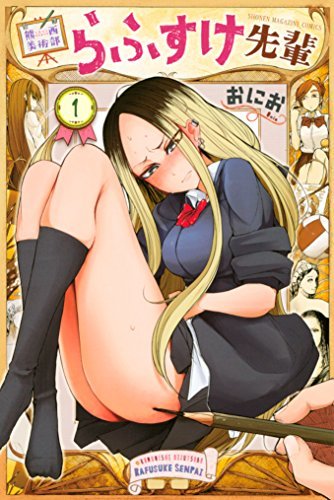 How Heavy are the Dumbbells You Lift?

Sakura is a teenage girl who loves to eat, but when she notices her waistline expanding, she decides to check out the local gym. The gym is full of buff dudes…and Akemi, the student council president?! When Akemi tries to convince Sakura to take up weight training, Sakura resists–until she meets pretty-boy trainer Machio. Now, Sakura is willing to do whatever it takes to bulk up!

Photography is the art to grasp beauty with the one and only tool, a camera. Ooji's dream is to become a photographer that photographs at the front lines of war, to take pictures of historical events taking place in front of his eyes. However, his childhood friend, Sumire, doesn't think that he is capable of becoming one. In his photography club, Ooji shows his photos to the group, and his upperclassman, Ran, points out that Sumire is a good target to photograph. Ooji manages to get permission to take photos of Sumire, and during his shoot, Sumire notices that Ooji is acting differently than before. Later they find out that one of Ooji's pictures won an award! Sumire congratulates him, but Ooji sees beyond his award. He claims that he learned that he has much more potential than he thinks. Ran, overseeing this, plans to take Ooji to the next level so he can capture true beauty through the lens of a camera!

“I have no interest in real girls!” So claims Okumura, the president of the school’s manga club. He’s your typical otaku, obsessed with a sexy (fictional) 2D manga character known as Lilliel. Then the new school year starts, and a (real!) 3D girl named Lilysa whose passion is cosplay joins the club. Lilysa convinces Okumura to become her photographer–and guess who her favorite manga character is? Not only that, but Lilysa is into modeling the fetishy stuff!

My remarried dad brought a new mom and... a cute little sister...!?

Amana, Mizuho, and Riku are the members of the middle school 'romance' club, which has a rather vague mission statement. They decide to make it their club business to catch a recent serial pervert who exposes himself to little girls. Being cute young girls themselves, they may have an advantage over police in luring out the 'loli' pervert!