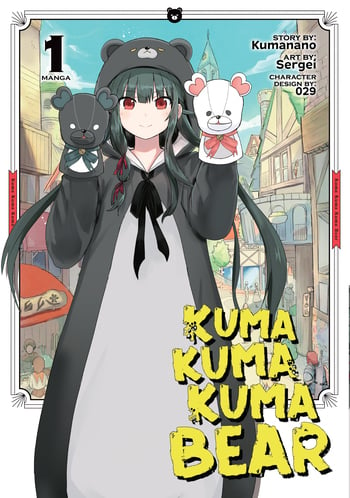 Awww! How cute! The over-powered isekai protagonist is in a bear onesie with bear mittens and uses bear-shaped magic. And though fe's embearrassed by feir outfit, fe continues to bear with it because it grants fem cheat-level abilities--persevering through it all with a deadpan stare. Even though fe's leagues above most of feir foes, I do appreciate how some of feir enemies--like the goblin king and black viper--still require fem to strategize and put in actual effort in order to defeat them. I really feel drawn to Yuna as a character; fe soothes me. (The other characters are meh though) After arriving in this new world based on a game, Yuna joins the adventurer guild and settles into the community. Fe gains the recognition of the other adventurers and town leaders because of feir feats. Fe becomes a pillar in the community, helping strengthen the economy and providing aide for the vulnerable. All of this is pretty stock material for isekai stories. Even the idea of helping the orphans is something that I've seen several times. I assume orphans are specifically chosen because seeing kids in need pulls on peoples' heartstrings and because, unlike with a suffering adult, when a child suffers it's seen as not feir own fault, but the fault of the neglectful adults around fem. It's ironic then that the solution is to teach the orphans how to help themselves, to provide jobs for them (rather than just providing non-neglectful care for them). It's supposed to be empowering, but it just looks like child labor to me. [Reviewed at chapter 35]

I got a pun, but it is pretty bad. Please, bear with me. This is way more moe than Sword Art Online; the moe is so high with this one that it is unbearable. Like and subscribe for more bear puns every week.Now that I have your attention. Kuma Kuma Kuma Bear revolves around a 15-year-old Yuna. One day, upon returning home, she is hyped for a new update for her favorite world's first VRMMO, World Fantasy Online. Ever since the game service began one year ago, she quit going to school and just passed time doing absolutely nothing, but playing the game. After the server’s maintenance has been performed and a new update has become online, Yuna meets either a GM, or an NPC, telling her that all the players may receive a loot box and the reward will depend on how long they have been playing the game. Yuna receives a kuma costume, which she finds embarrassing at first, but later quickly forgets about that feeling, when she sees the stats of this costume, which are quite high. Having received the costume, she is also asked to take a survey: her attitude towards real life, her opinion on the game, if she believes in God and finally if she finds the kuma costume cute. Finally, she logs in the game and finds out that she wears that detestable kuma costume and receives a mail from some mysterious person. That person welcomes her in the new world, since she finds real life too boring. ‘Enjoy your new life, wearing the costume, you do not like, in a world, in which you are sent by someone, you know nothing about.’ Things become complicated, when Yuna finds out that she is now not in a virtual reality, but rather in a real world.One thing that anime has taught me is that whenever a mysterious person asks you if you believe in God, you should always say ‘yes.’ Otherwise, you might face the same fate as Tanya von Degurechaff. Anyways, it is unclear, who sends Yuna in a parallel world, where you can easily die and will never return home, but one thing is obvious. Whoever sends Yuna in a new world, has either a good sense of humor, or does not appreciate her attitude towards life, because the only thing the girl cares about is games. Anyways, Yuna is a beautiful girl, which she does not realize. She has long dark green hair and pink eyes. She is also incredibly lazy, because she is a genius. She is only 15, but she already can make billions of yen from stocks; she gives almost one million dollars to her parents for them to let her play the game she likes that much.And so, she finds herself in a new world, she knows absolutely nothing about. Who sends her in that world and why, Yuna does not care much about it, because she finally finds the world she likes. Although, far from being perfect, Yuna still tries to make things right and the best thing about it is that sometimes she will need to use her wits, rather than just raw power, which makes this manga unique.Other than that, this is a very enjoyable read. This is something more of a slice of life than an action, however, there are plenty of action scenes and Yuna, unlike many other overpowered isekai protagonists, also uses her high intelligence to help people. With that being said, the manga, while does offer a somewhat unique look at the genre, it does not have that many new things to offer to the reader, hence it is a well-deserved 8/10. 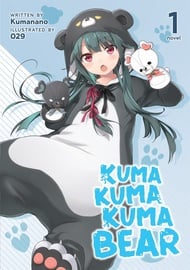 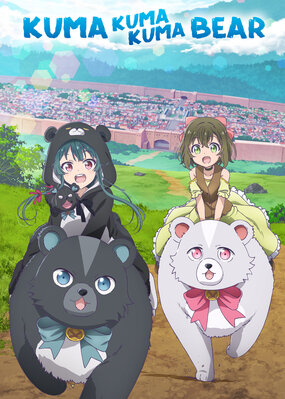 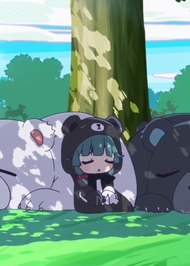