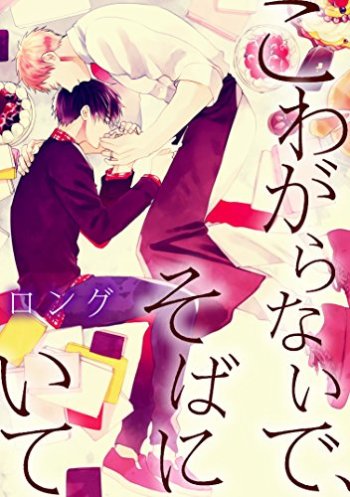 The story was sad but really cute! The ending made me cry and I really wanted more chapters!

Bro this is sad enough but yet I’m hungry while reading this because the fact Shizuka-san is a baker, makes me want to try out his cake cuisine….

The broad strokes of this storyline are sweet. And not just cause it involves a confectionery shop. Hehe. Yukihiko breaks up with Shizuka for reasons which fe finds noble and self-sacrificing. During the break-up fe says, "Let's pretend it never happened, from the beginning. Surely, we were never meant to meet." And then strangely enough that actually comes true. Shizuka gets amnesia and for fem it's like the two of them have never met before. So Yukihiko tries to start with a clean slate and avoid Shizuka, but Shizuka falls in love with fem all over again and wants to spend time with fem. It's like they're fated to be together.

On to the nitty gritty. While I can sympathize with Yukihiko wanting what's best for Shizuka and using that as a reason to break up with fem, it's very immature, arrogant, and generally disrespectful of fem to decide on feir own what's best for Shizuka. People in healthy relationships have conversations and find solutions to problems together. And since they didn't do so, that indicates to me that their relationship is shallow. An idea further corroborated by the fact that Shizuka seems to fall in love with Yukihiko because of feir handsome face. And the fact that the series culminates in multiple sexual encounters leaves the impression that the physical intimacy was more important to them than any emotional intimacy, which again feels shallow.