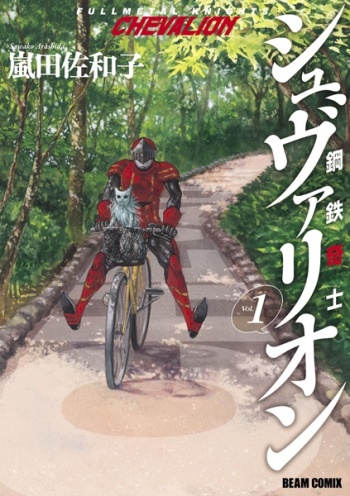 A recap episode of Saint Seiya.

During the battle with Hades, in the underworld, the twelve Gold Saints sacrificed their lives, destroying the Wailing Wall to open Seiya's breach!However, Aiolia and the other Gold Saints, who should have been annihilated, are resurrected in a beautiful world, overflowing with light!Just why have these men, who should have been destroyed, been reborn?Aiolia becomes embroiled in a battle with this large mystery remaining.When he raises his Cosmo to the limit... Leo's Cloth transforms!In 2015, the Golden Cosmo is finally reborn!

A few days after the battle against Hades, Athena is visited by her sister Artemis, who has come to her with tragic news: the Bronze Saints are to be punished by the Gods for having dared to confront them, Athena is to be relieved of her status as Guardian of Earth, and she is to be replaced by Artemis and her Saints. After having regained his consciousness, Seiya finds himself in a new Sanctuary under the leadership of Artemis – and he’s not the only one fighting against this divine injustice. Shiryu, Hyoga, Shun and Ikki have made up their minds to fight the Saints of Artemis and restore Athena to the throne.