Alt title: We Cannot Pay You for This! Ms. Morikawa of Accounting Department (Light Novel) 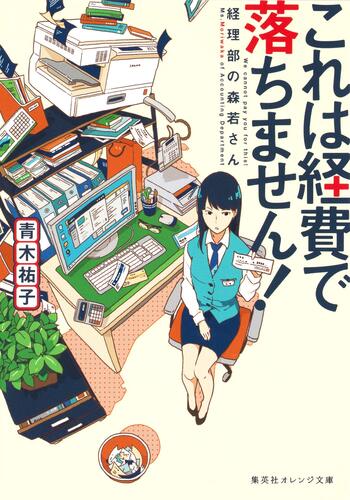 If you're looking for anime similar to Kore wa Keihi de Ochimasen! Keiribu no Morikawa-san (Light Novel), you might like these titles.

Newcomer news announcer Kazuyo Hata is conflicted by her pure heart and bodily desires. She tries to navigate both the TV industry and office romance with her goofy disposition.

She’s a feisty girl who was just laid off; he’s a typical boy who wants nothing more than to gape at luscious ladies in waitress outfits. Together, new employees Hinomori Azusa and Maeda Kouji share a special hate-hate relationship at the local Pia Carrot restaurant. With prospects abounding and the cold shoulder from Azusa, the irresistible Kouji is forced to scout the entire female cast for new opportunities to create “summer memories.” Yet the real question remains: will any of the lucky ladies get to keep Kouji all to herself, or will they be forced to share the wealth?

Takumi Shimamoto, a 22-year-old freeter who quit college in his second year under the pretense of finding something that interests him to pursue. He's been working part-time jobs for about two years. He runs into a classmate from high school named Ayaka Yoshimura. She is about to graduate from college and is thinking about her job prospects. Ayaka is considering doing part-time work for the time being because there is not a job in particular that she wants to do.

While sorting through a mess of books in the staff room, Ohana happens upon one of Denroku's log books from long ago. Within it, it recounts a story of Ohana's mom when she was the same age as her.

Life at Wagnaria continues as it ever has, with its oddball staff causing more mayhem than ever. While Poplar continues to be plagued by her height complex, Satou takes every opportunity to tease and trick the gullible young waitress. And with Inami continuing to run for cover whenever men frequent the restaurant, Kyouku munching her way through parfaits all day long, and Yamada’s clumsiness massacring the crockery, it’s a miracle that the customers are served at all…

Inami blames herself for Takanashi's current mindset and decides to fix it. Takanashi's mother kidnaps him, and Inami must fight his sisters to save him.