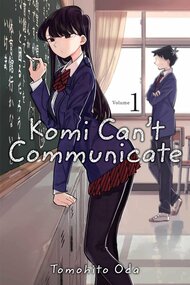 Before anything else, it must be stated that there are excellent moments in this manga, especially in the first half when the jokes and characters are still fresh and adorable. But around maybe chapter 150 or 160, the scenarios start losing their luster. Chapters become more uninteresting and dull, storylines start feeling a lot more repetitive and uninspired, and the 100-friends aspect starts feeling like it's just straining things. There are various subgroups of friends--sometimes cross-pollinated--that the story has to keep tabs on in addition to trying to introduce new chuckle-worthy personas. Perhaps it's just fatigue, but a lot of classmates and characters introduced later in the series just feel lazily done. There are also some characters that truly shine when they first appear, but then just settle into a role of providing a quick nostalgia-gag (I say "nostalgia-gag" because the weak jokes seem to be feeding off of recognition that the character's done similar things in the past). Katai is a good example. When Katai was first introduced, fe was absolutely adorable. Fe brightened my day and brought me genuine happiness. But then, the novelty wore off or something, and fe just became another face doing these passing gags. There's a similar problem that occurs with some of these recurring segments, where they'll start out amazing but then become less and less interesting the more they are used. The first couple flashback chapters showing off how the parents fell in love were adorable and greatly appreciated, but then they kept doing flashbacks periodically showing their dating progress and I was like "I don't care." Many things are good if done a single time, but not worth being repeated. Some other recurring segments I noticed include the love gossip, the game-playing, the dating fantasies, and the family visits. Chapters aren't always chronological, so they'll have these flashback chapters, seasonal events, prequels, retellings, and other stuff randomly interrupt the main storyline or whatever and then return to it. The story started at the beginning of when they were first years and is following their high school career. I assume it will eventually continue into their third year--probably introducing new classmates once again--and have a conclusion based around their graduation, with Komi having successfully accumulated 100 friends. Komi and Tadano will probably also end up together and there will probably be several other romantic couplings as well. Tadano's ability to understand people no matter how nonexistent or misleading their communicative abilities are is a gem. I enjoy seeing fem interacting with non-talkers like Katai's parents or comprehend garbled grunts or whatever. It doesn't really seem to get old. But that aspect has been ruined with the inclusion of the love triangle and with Tadano somehow not recognizing that Rumiko and Komi are interested in fem. Like, when they were unsure about their feelings for fem, it made sense for fem to also be unsure about how to interpret their mannerisms. But once they knew they liked fem, shouldn't fe have instantly picked up on that? Why is fe being portrayed as oblivious when that directly contradicts feir primary character trait and what makes fem beautiful? Is the author simply incapable of writing a story where someone is aware that someone else likes fem?  The art does a good job of portraying both the ideal which people see and the inner feelings of Komi. Though it feels like it stops trying to make jokes with that contrast somewhere along the line and largely just shows Komi in feir chibi cute form with eyes that take up like three-fourths of the face. Komi gets cat ears sometimes, when fe's curious or psyching femself up (going "hmmph hmmph" and puffing out air). It's cute when fe shivers like a chihuahua, feir entire body quaking. There's almost a pop style in how some of the fashionable clothes are shown off, with thick outlines. I appreciate there can be some good background deets in the art, and food and stuff is drawn to look appetizing. I absolutely loathe--and I mean LOATHE--Rumiko's eyes when they're closed. I dislike most of the closed eyes in general, but feirs are disgustingly ugly in their verticality and get used far too often. [Reviewed at chapter 296]

The plot is interesting and really cute, it's not completely my genre, but i have to admit that the narration and the explanation of all the characters was realy good and dectailed! I suggest it to u especially if you are into a romantic and cute love <3 -Marti-.-

There's not much plot to the Komi-san manga but for a gag-centric short-ish chapter comedy manga, Komi-san has an awful lot of heart to it. Komi is such a "must protecc" lil cinnamon roll and everyone around her are fun in their own ways. I feel like the shift to a SPOILER WARNING!!! a more love-triangle dramatic plot in the chapters since Manbagi-san's introduction may have turned some other readers off, but all the characters are handled with such care and honesty that I feel like it works more to strengthen the manga to weaken it. The main trio of Komi, Manbagi, and Tadano are all likeable enough that the pull between all three of them really gets to me. The manga takes its time to get you invested in all of them as characters, so when the dramatic chapters start, it really does pull at your heartstrings. At the end of the day, though, this is still mostly a comedy manga, and the jokes land often enough for me that I feel comfortable recommending it to anyone who even kinda likes rom com manga, 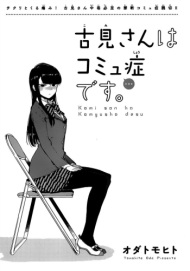 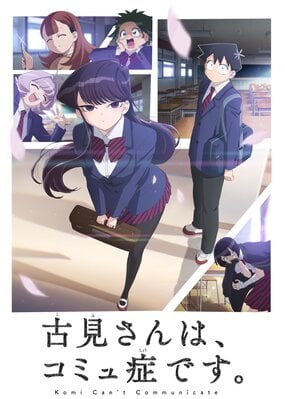