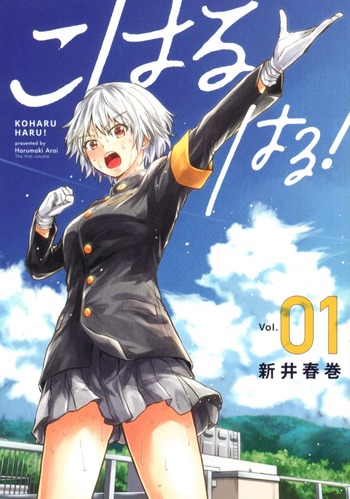 Haruki Bandou was born into a family of Judo martial artists and expected to continue the family legacy. But he's about to trade Judo for…cheerleading?! When his childhood friend Kazuma Hashimoto invites him to join the BREAKERS, a male cheerleading club, Haru finds himself amongst a quirky group of boys. Can this squad of slightly odd and cute members make a breakthrough in college athletics?

Aimless high school freshman Youhei Hamaji receives an invitation to join a club where "he can touch girls as much as he wants." He finds himself at the water polo club.