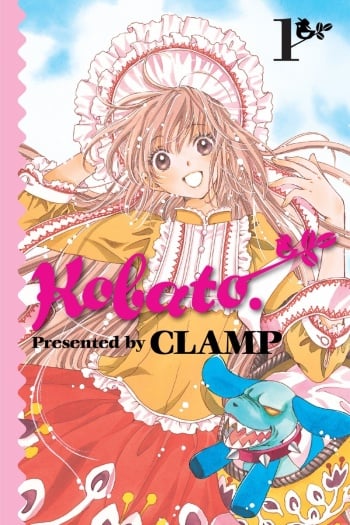 I don't know much about reviewing profesionally but I'm going to express my opinions here.

The storyline was great, it was original. I mean, I know all stories are unique in their own sense but this idea was greatly developed and put into something that made sense and actually touched my heart. I go about watching anime and enjoying it but in reality, there's only a few that touch my heart to the core and Kobato is one of them. Certainly, it migh not be the best but it definitely is one of the best.

I surprised myself by giving the art a 10. It was different, in a sense and I noticed that most of the main women had long hair :P I know that the art of some things like K-On is a new style but the chibi moments and Ioryogi-san were really well-drawn. The art style is quite different from normal and caught my attention immediately.

The characters were well-developed and pretty simple, not so complicated. Kobato is your usual naive, innocent and pure girl with a big heart. She can stand up for herself and others, which I really admire in her. Kazehaya-kun is also another cliché character who is cold and aloof to Kobato in the beginning but gradually warms up to her. Sayaka-sensei is awesome in the sense that she totally understands the main characters' feelings for each other and her love for her ex-husband. Ioryogi-san is one of the best characters that spice up and liven this story. His temper and genuine ( hidden ) care for Kobato is really sweet. The rest of the characters contribute in their own way and are one of the reasons I enjoyed this manga.

For some reason I decied to read Kobato manga after watching anime. It was definetly good decision. Manga adaptation is better than anime.

At first the story might seem too simplistic or pointless but as story progresses and past events related to main herione Kobato and her companion Ioryogi are revealed it gets really interresting. In short Kobato is sweet romantic fantasy and there are lot of emotions especially as series is coming to its final. Story is well elaborated contrary to anime.

Art is typical CLAMP style. I think it's quite nice, not the best, but definetly nice. Some charaters are taken from other CLAMPs books.

Main herione is typical pure-naive-stupid type. Choleric Ioryogi is more interesting character. They make togheter funny combination. I give 7 because some characters seem to me too simplistic.

If you want to start reading manga in Japanese Kobato is way to go. It contains mainly simple dialogues and there aren't many difficult words. Manga also contains furigana which makes it lot easier to find word you don't understand.