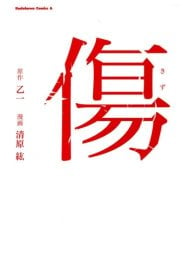 In Keigo's school, all the troubled kids are grouped into one class -- the troublemakers, the abused kids, and the scarred ones. There's a quiet kid in his class named Asato who never talks to anyone, and like Keigo, doesn't want to go home after school. One day after class Keigo cuts himself, and the two of them discover that Asato has the ability to absorb the wounds of others. What wounds will Asato heal, and what scars does he himself carry...?

Typically when child abuse and neglect are featured in manga, the story can go one of two ways: In one scenario, focus is placed on the healing process, however and wherever the abused character(s) find it: Drugs, sex, genuinely healthy or unhealthy relationships, with dramatic and sometimes hopeful results that [51% Nurture, 49% Nature] types will accept as gratifying (or sometimes bittersweet) proof that with enough love and good treatment someone can find a way to put their past behind them. By the same token, the focus can also be placed on the seemingly endless domino effect of a mind being quickly unraveled by the terrible mistreatment of body and soul a la A Cruel God Reigns in Heaven, which while arguably much more realistic and dramatic, will quickly give the reader a sense of hopelessness and futility that will then sit in your mind well until the story is over.  Kizu strides between these two poles effortlessly with a brisk narrative tinged with understandable wistfulness that gives both the characters and the readers pause at certain points in the story. The characters, being children, are not yet mature enough to quite fathom the wide array of emotional responses that such harmful upbringings could invoke. The most obvious one, anger, is eagerly seized by Keigo as the logical response. Asato, on the other hand, goes the way of the slowly shrinking violet that, after drifting to each other through seemingly innocuous circumstances, Keigo takes upon himself to protect from further harm. From here, and shortly after when Asato's special ability to remove wounds is discovered, their friendship is strengthened and tested by their respective personalities and aforementioned rationalization of their abuse, which (may) fall in line with those who lean more towards [Nature 51%, Nurture 49%] regarding abnormal psychology. I would say that the end is remarkable in that it very realistically highlights the reality that the abused are capable of feeling an array of conflicting feelings towards their abuser: Anger, hatred, despair, regret, sadness, sometimes forgiveness. Consequently, Keigo is grateful to Asato for being his rock that allowed him to come to terms with his dark feelings which could have easily consumed anyone and transformed them into something incapable of experiencing life with as much faith in the possibility of the good that may come as Asato himself. Overall, this coming-of-age story was triggered by unfortunate circumstances that nontheless turned out for the better while still paying attention to the unfortunate possibility of how the lack of support (or despite this support) could prove ineffectual in healing emotional scars. In the end it is that person's choice if they wish to move on and focus instead on the ones who love them instead of the ones who hate and disregard them. 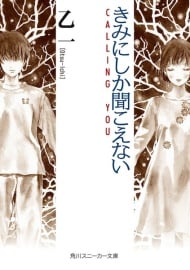 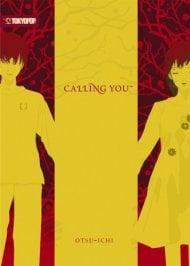