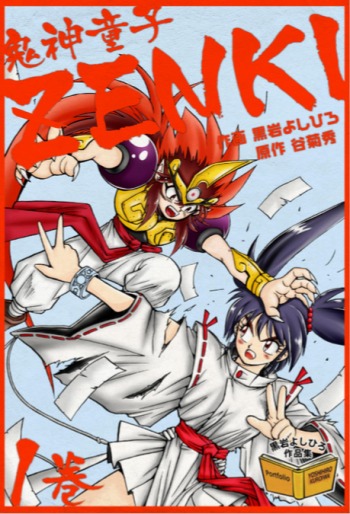 Koichi Minamoto is the prime suspect of exploding a bomb at Babel's headquarters. It is up to The Children to find out the truth behind this strange accusation.

Hakyuu Hoshin Engi: The Blood of the Koh Family

Casa Clubs, Jo Diamonds, Coco Hearts and Sunday Spades make up the Crown Knights -- a card wielding team of deadly females who make it their business to stop crime and keep harm from happening to their kingdom! The beautiful vixens' ability will be put to the ultimate test when a pair of black and white mechanical chess pieces invade the tranquillity of their home, destroying everything in their path! Can the girls defeat the oncoming behemoths before it's too late?

A once thrived kingdom, In—now governed by an evil hermit, Dakki, and her party—is in a chaotic status with its people suffering Dakki’s oppressions. Seeing this, The Hermit Band took it seriously and planned a “Hoshin Plan” which is assigned to an apprentice hermit, Daikobo, who gathered partners, captured and sealed all evil hermits, and planned to establish a new kingdom. On the other hand, the strongest and an In- royal hermit, Bunchu, stood up against Daikobo to protect the old kingdom with all his might. Thus, the death battle among invincible hermits begins...