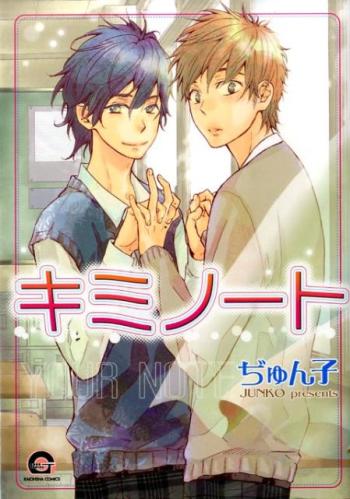 When Wada's friend, Tsukasa, comes begging for a favor Wada is leery, seeing as he's not receiving anything out of the deal. Yet Tsukasa promises that he'd be properly compensated for his troubles. Wada has no idea how Tsukasa plans to compensate him, that is until a strange guy happens upon his doorstep and offers to do anything he asks.

Rakuda Tsukai to Ouji no Yoru

Kamel is the only white skinned boy in the caravan. Because his skin is weak, he often gets fever and feels bad. He has the camel named Sadiku, but still he feels a little lonely. And one day he finds a passed out man in the dessert who is...

Tada’s friend Enami is a very popular, perfect, good-looking guy among guys and girls regardless. Tada, who admired him, found out that Enami’s actually a very selfish, pushy person who calls himself “Ore-sama…!!!” What is Enami’s real intention, who only shows his beastly side to Tada and expresses his lust without any concern for the place they’re at?!

Nii is an underachieving, apathetic middle-schooler who has no future to look forward to - and he likes it that way. The only blip in his uneventful existence is his strong attraction to one of his male best friends.

Takamichi is in love with his best friend, Tokiharu. One day, Takamichi gets drunk and rapes Tokiharu, thinking that it's just a dream. But was it really a dream?

School janitor Suguri has a second job…as a call-boy! When his work suddenly brings him to the door of a teacher from his school, he’s convinced the whole affair will be unbearably awkward. But Suguri soon discovers that this is one client who loves to indulge his sweet tooth! Priceless Honey succumbs to sticky-sweet surrender in stories of naive love and indecent lust! Will faces from the past deliver peerless pleasure…or bitter disappointment? Which men will find the courage to take a bite out of the forbidden fruit of love?

High-school student Subaru wouldn't reject a sexual favor, but dating is out of the question when he's not in love. Stumbling upon a beautiful painting in school, he knows he's found his first love, the artist behind the work. But winning the heart of his love interest isn't going to be easy, particularly with his promiscuous lifestyle...