Alt title: May I Be in Love with You? 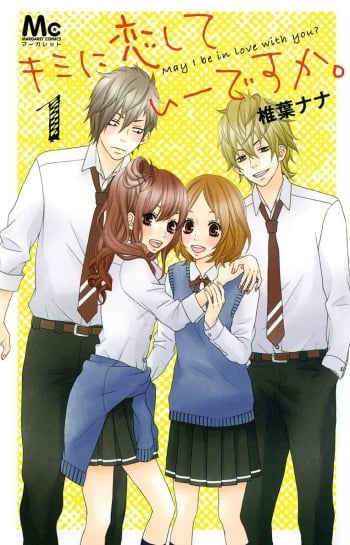 This is honestly such an adorable manga. The characters are cute, and feel pretty three dimensional given the short time frame, and the whole thing's hilarious tbh.

The main character, Ruiji, looks absolutely terrifying, but has a heart of gold. However, depite his super sweet personality, Ruiji is constantly getting into fights because of his face, and so has a reputation as a delinquent. However, that doesn't stop him falling for the super adorable Sana. Only problem being, like everyone else, she is terrified of him.

All the characters (apart from one certain annoying childhood friend) are super lovable, and get some nice development along the way. At times they still feel a little two dimensional, but the majority of the time they give a pretty well rounded feel.

If you love shoujo romance, you will love this, especially if you like the whole opposites attract thing.