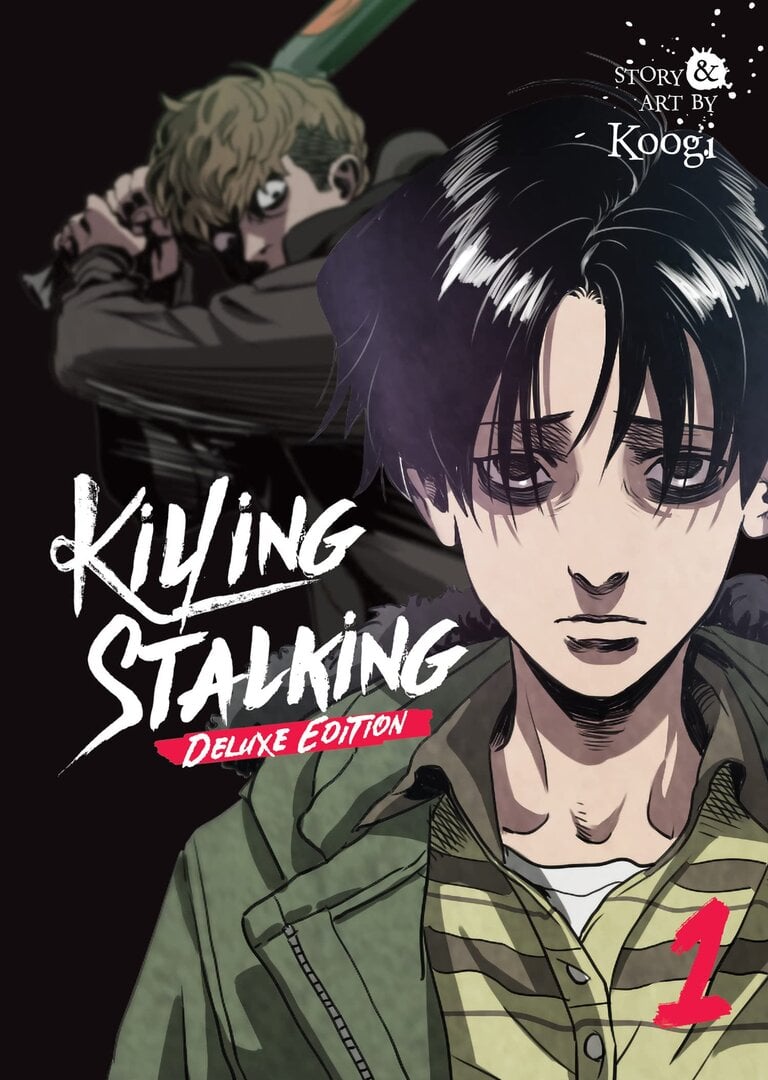 Bum, whose name fits perfectly for many reasons, is obsessed with Sangwoo, a charismatic and attractive guy. His desire is so strong that Bum decides to stalk Sangwoo to find out where he lives. His curiosity pushes him to infiltrate his house and discovers that... oh you don't want to know. GO READ IT! Plus/minus considerations: STORY: I'm not a BL lover, I usually read them if they're really high in A-P's charts or I feel like removing them from my w2r list. But this one is special. This is the first BL manhwa I read that really balances well story and fanservice. Everything you see BL related is part of the plot and it's necessary to go deep with what both main characters think and feel. A story that is not only intriguing for how it is narrated, but also it's plausible because unfortunately kidnappers, stalkers and murderers are not only part of TV series like NCIS or CSI. Everything you see can happen in real life and it's not pleasant. This is not just a dramatic shounen-ai: this is a psychological thriller that can impressionate readers for its levels of violence, atypical in your everyday's BL. I believe this is the biggest reason why Killing Stalking is so accessible to everybody: not only it's fun for the usual girls waiting for the next ding dong to hit the next bum (pun intended), but even a different public that can recognize the quality behind a horrorific and thrilling scenario such as this one. (+++) ART: nothing to say. You recognize the talent, the originality and the dedication behind this work. The expressions are top quality, backgrounds are well drawn and I like a lot the taste of the artist in picking hot/dark colors. (+++) CHARACTERS: chapter after chapter you realize not only how strong the bond between Sangwoo and Bum becomes, but how really fucked up those two characters are. Maybe at first you feel bad for Bum because it physically hurts and the situation is scary.. but do you really feel bad? Do you really think he doesn't want what he's getting? I'll leave the answer to you. I'm even impressed this is coming out of my mouth, but I'll say that those two are the perfect duo, the perfect couple. What happens in that apartment is a secret between the two and whatever tries to hurt Sangwoo's or Bum's pride is not going to last for more than 24h. (+++) I believe this is Lezhin's masterpiece up to date. They really stepped their game up with this one and it can only be good in the long run, not only for the web magazine itself, but for us readers. This review is valid for the first season (19 chapters) of Killing Stalking. Overall I think this project is really impressive and I hope next season won't ruin everything that has been built up until now.

Goodness, where do I start? First of all, this is a highly intense manhwa. For literally every reason. Intense abuse, nudity, violence, language, torture, etc. BUT the characters and story are really well thought out and so fascinating. It's insane how scary and suspenseful the author paces this story. Every chapter gives me so much anxiety because of how unstable the characters are. You really never know who's gonna be alive or dead in the next panel. Secondly, the relationship between Sangwoo and YoonBum is tragic, abusive, torturous...just really messed up. It's difficult to see Sangwoo torturing and beating up Yoonbum and then hugging and kissing him. It messes with your mind. You know you're not supposed to ship them, but the extreme contrast between the abuse and the affection makes you want some kind of happiness to happen....It's a horrible, horrible struggle.  Thirdly, both Sangwoo and Yoonbum have different mental disorders. Of course, Sangwoo has the most dangerous (Borderline Personality, Anti-social Personality) disorders.... Yoonbum has his own personality disorders (stalking and obsessing...later seemingly developing Stockholm Syndrome). Again, you just want happiness for Yoonbum and a prison-cell for Sangwoo... but the more chapters you read, the more attached you get to the characters. WHICH SUCKS.  Fourthly and finally, the art and color is amazing. Which is what I suppose makes it even more intense and graphic, but nonetheless incredible. The character designs too are attractive. I mean, Sangwoo....he's so attractive, the devil... especially when he wears glasses and an apron... SHIZZZ I mean remember the context, remember the context, remember the context (ಥ_ಥ) Yoonbum is adorable. You just want to give him happiness and love. Which is non-existant in this Manhwa. Anyway, hope this review helped give another perspective on Killing Stalking. Just.... keep the lights on when you read it (Ｔ▽Ｔ)  *Editing Note: Koogi, the creator of this Manhwa (Korean Manga), in a recent interview said that Yoonbum does have Borderline Personality Disorder, which surprised me. Majoring in abnormal psychology, I found Yoonbum really only protrayed 3-4 out of the 9 character traits of BPD, which isn't quite enough for him to be diagnosed with BPD. However, Sangwoo, who posseses 5-6 out of the 9, to me, fits BPD better... Just throwing my two cents out...If you want to read more on this, check out what the DSM V says about Borderline Personality Disorder (the diagnostic criteria especially)