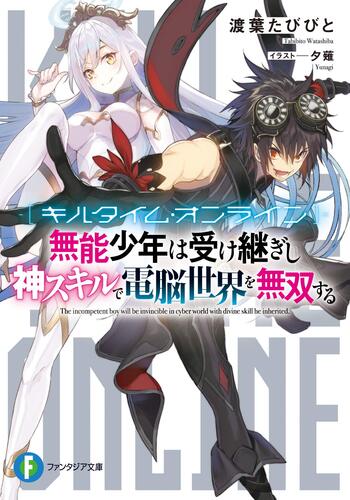 If you're looking for manga similar to Kill Time Online: Munou Shounen wa Uketsugishi Kami Skill de Dennou Sekai wo Musou suru (Light Novel), you might like these titles.

Average high-school student Midori Shinomura falls mysteriously ill. While she wastes away in a hospital, she learns of another Midori - a fighter of terrible skill in the online game known as The World. There is a strange and close connection between both Midori Shinomura and game-Midori. With the sanity of both girls on the line, game-Midori will try to solve the mysteries of her past, and perhaps save the real-world Midori in the process.

A Playthrough of a Certain Dude's VRMMO Life (Light Novel)

38-year-old Tanaka Daichi’s childhood dream of playing a VRMMO has finally come to life. As he creates his character, he decides to choose skills that are considered useless by others, since he has no interest in playing like a main character. Follow the adventures of Daichi as he strives to use his mismatched set of worthless skills to achieve his dream goal of simply being able to enjoy an alternate life in a virtual reality.

Gamer Ren Takashiro loves nothing more than taking junk job classes and turning them into the new meta. So when he enrolls at a special school that incorporates online gaming into their curriculum at the invitation of his longtime gaming buddy, Akira, Ren of course decides to be a symbologist—supposedly the weakest class of all. He quickly gets to work making it a force to be reckoned with, but little does he know he’s in for a surprise he never expected... It turns out that his pal Akira is actually a cute girl!