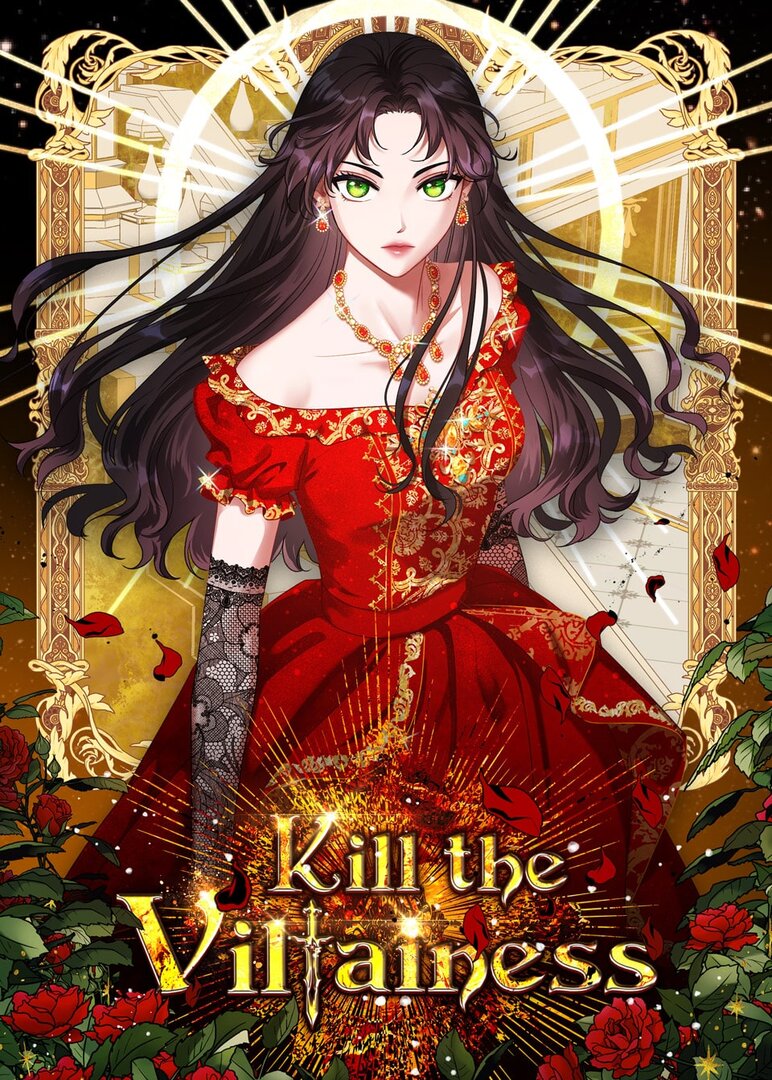 The mcs share similar yet different circumstances about being transported into a different world and taking over a body that isn't theirs.

On one hand we have a person trying her best to survive while the other is just so done with her situation and accepts that she cannot die (and possibly return to her world) until her role in the story is over.

Another thing note worthy is that sometimes when the mcs experience something like unfairness brought by their role or unexpected kindness from other characters they think about the original owner of the body. Things like is this how you felt  or you deserve to be the one hearing this apology pop into their mind and thus making the proginal characters more interesting rather than just an excuse to give the mc a handicap in terms of relationship with other characters.

I agree that these two stories should be recommended together.

The transmigrators of these stories are truly trapped in their villainess roles. Many other villainess stories I've read are people who deviate from the villainess role in some way. Kill the Villainess and Villains Are Destined to Die, however, have more unique challenges and empathetic protagonists that immerse you into their personality and circumstances. The prisons of these transmigrated-into-a-villainess protagonists are constructed differently. Yet the limited power to "deviate from the original story" rings true to these stories. Definitely check the other out if you've been reading Kill the Villainess or Villains Are Destined to Die.

The FL is not enjoying her time as the villianess... Main premise for both while VDD has the FL fighting for life KV has the FL desperate for death.

Both female leads aren't cookie cutters of the normal plot, both are fighting to get back to where they want to be, and both aren't goodie two shoes in getting there. Both are psychological and realistic in the portrayal of one who is in an isekaied world, neither just accept their isekaied and fight to change their fate. The darkness of this one is reminiscent of death is the only ending for the villainess, instead of fighting to live however she is fighting to die.

Kidnapping, murder, and risqué relationships! Within the scandalous pages of The Abysmal Flower, the downfall of Roxana Agrece’s criminal family is already foretold. So when Cassis Pedelian, the heroine’s older brother, is kidnapped by Roxana’s father, she can either wait for the heroine’s revenge... or take matters into her own hands, since Cassis is the key to her survival. But with deceitful characters on all sides, can Roxana and Cassis trust each other enough to bring down the brutal Agreces?

Both manhwas feature like a very similar vibe in my personal opinion. Like a scary type of story. But I don't think a lot of people will agree with me on this recommendation lol...

They both have strong mcs, really pretty art (although I prefer roxanna's art more). Both of the stories are interesting.

Both FLs (Medea in YT and "Eris" in KTV) have the same vibes - quite cunning and would do anything to achieve their goal, and are perceived as villains in their world -, but "Kill the Villainess" has a slightly more moral and caring FL. Both have very naive "white lotuses", Psyche in YT and Helena in KTV, that the readers were conditioned to hate at first but then turned out to really be a person with pure intentions, though "Your Throne" has a far more developed and likeable one. In fact, I'd say Psyche is the FL alongside Medea. Anyway, it's mostly the similarities between Medea and "Eris", the mature air of both webtoons, and the great subversion of tropes in both webtoons that make me recommend them for each other.

The Villainess's Days are Numbered!

I’ve been reborn as Clea Rino, the world’s most wicked villainess! Before her death, Clea made a deal with the Demon King to marry her true love, Isaac Detroi. To get my life back, I must fulfill that contract for just six months. Guess I didn’t read the fine print, because her body is weak. I lose 1 HP with every step! With time ticking, I’m signing over her family’s fortune for Isaac’s hand in marriage. It’s purely business, so why am I catching feelings? Who knew this villainess had a heart?

the difference is that kill the villainess doesn't know a way back and is trying everything she can to do so, while happy ending for... knows how and is basically playing a game on extreme mode where she can die with one hit while completing the required task to go back

and kill the villainess (so far) doesn't have romance, whereas there's more romance in happy...

actually, it's really different but the MCs give off the same vibe?

I recommend both anyway

After years of hardship that culminate in the form of a terminal illness, Rita is determined to do whatever it takes to survive. It might be the wrong thing to steal somebody else’s body, but she doesn’t care about what’s right or wrong anymore. Now, she’s Verta, the affluent and beautiful daughter of Count Alberhart. She’s in the prime position to enjoy a comfortable life…but the people around her seem intent on breaking her. Well, she’s happy to crush whoever gets in her way. It’s time for them to learn how deep her malice goes…

both FL takes over someone's body

they both have their own agenda / thoughts

for depths of malice i think the FL is more "sinister' and live up to her villainess title? haha

The Lady Needs a Break

It is my cursed destiny to be reborn endlessly. A king, an archmage, a slave, a saint, a witch... I’ve done it all in my thousand years of life, and frankly, I need a break! My goal now is simple: to live like an absolute sloth. Unfortunately, I am Rubia, the daughter of a grand duke with a demanding family and a fiancé to boot. To live my dream sloth life, I’m running away from it all... except no matter where I go, nobody will leave me be! I just want to nap, but being lazy is hard work!

Both female leads want nothing to do with the novel. They both have an objective that they want to accomplish. In "Kill The Villainess", Eris wants to return to her real world. And to do that, she wants to be killed. Keep in mind that these stories have a very different tone. While Eris' story has a dark tone, in "The Lady Needs A Break", Rubia's story is more lighter. She wants to rest and sleep after all the lives she has gone through and dying and dying all over again. I'd recommend both if you like any kind of manhwa with different tones but if you want a specific tone, eg if you want something more lighter to read, then "The Lady Needs A Break" is for you. Otherwise, go with "Kill The Villainess" if you want a more darker read.

I'm Too Lazy to Be the Villain

Versace family! A house that produced many swordsmen and possessed a powerful force. Such a family perished. Due to the poisoning of the Crown Princess and the involvement of a foolish woman named Olivia de Versace. She was a woman who was pointed out as a rare ugly or evil woman because of her tall and heavy body. I thought it was absurd when I possessed a novel character who is often referred to as a villainess. If you're going to pretend to be a female lead, or something. Or the male protagonist. Anyway, shouldn't it be a small supporting role? Even if it weren't, I shouldn't have gotten the passer-by's appearance like this.