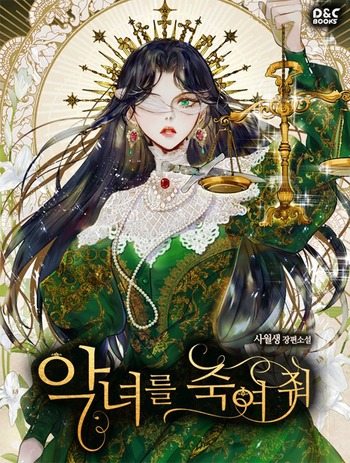 SPOILERS AHEAD! YOU HAVE BEEN WARNED! DON'T READ THIS REVIEW IF YOU CARE ABOUT SPOILERS! IT'S A VERY LONG REVIEW, WITH LOTS OF SPOILERS!

This novel is definitely a tragedy. Yes, the MC returns to Korea and Anakin follows her, so in that respect, it is a happy ending for them. But for almost everyone else, this story is a tragedy. The original Eris, whose body our MC possesses, is the most tragic of all. This was a world written by the author, created by a God, who did not care for Eris. Eris was only the villainess, nothing more. It is tragic that she disappeared and can never come back. Even more tragic is that there were people who sincerely cared about her. Her servant, Emma. Her seamstress, Twal Rose. Even Helena, the heroine, cared about Eris. Ah yes, Helena. I liked that this novel, the readers and the MC are not meant to like Helena first because we see her as too naive, optimistic, dull, etc. But in reality, those were never realy faults at all. The novel sums this up well (ch.82):

"I thought Helena Antebellum was frustrating and stupid. I felt that it was because of her weakness that she did nothing wrong while being bullied by her Eris over and over again. Because she was ignorant and weak, she was afraid of retaliation and could not think of counterattacking."

"If it was me, if I was Helena, I would be pleasantly avenged. I would have shamed her and completely trampled on her in front of everyone so that she could never treat me carelessly again."

"Oh, I thought if I apologized, I would lose. I believed that revenge was ‘stronger’ because forgiveness would result in losses."

"Now I know. Helena was not holding back because she was weak. Rather, she was able to understand and embrace the pain and fear of weak people because she was stronger than anyone else. A weak wicked person could not survive without being parasitic on her kindness."

So the novel ends with the MC returning to her world, with no possibility of being revived in Eris' body, since Eris' body was burnt in a fire. Helena was legally married to Alecto, so she becomes Empress. The little boy who Anakin takes care of and treats like a sibling, Kynthia, becomes the new god of the world, because after the story "ends", the world needed a new god. Medea and the other witches will of course continue being witches.

I said this novel is a tragedy, and I will reiterate that again. Certain characters like the Marquis Mizelian, Eris' father, even if he wasn't a good man, even he loved Eris' mother. It was just unfortunate that Eris' mother loved nothing and no one in life, had no interest in life, nothing excited her whatsoever, not even family or her daughter. So she died. The Empress and Emperor, Alecto's parents, they end up killing themselves by drinking poisoned tea. The Empress lost her child, Alecto's older brother, but that doesn't excuse her actions. For example, to frame the Marquis, she opened a gate to let demons through and hurt innocent people. And the Emperor, that bastard, told Alecto to rape Eris so that she would have his child, and thus tying her to the royal family and forcing her to marry Alecto. And Alecto went along with it. I don't know if the webtoon will adapt this part of the story, since it was quite dark, but it was one of the most compelling parts of the novel. Alecto almost succeeds in raping Eris, but she murders him, and Medea and a couple of other witches have to turn back time in order to prevent that from happening. Afterwards, the MC has to experience the trauma of being the only one who remembers being assaulted by Alecto, while he and everyone else forgot because it never happened for them when time turned back.

Overall, I liked this story very much, side stories included. I just wish it was longer. There are some lose threads that need to be addressed that the author just did not explain, not even in the side stories after the ending. Does the MC get any counseling/therapy for her trauma of being sexually assaulted as Eris? Who is the man Anakin possessed? What happened to him? It was a similar sitauation to Eris and the MC, i.e. a soul occupying a body. What does Helena do as Empress? What does the new God, Kynthia, do? I liked the novel overall, I just wasn't 100% satisfied with the ending.

The "revenge" is a bit iffy for me. I liked that Alecto has no one who loves him. His family died, the real Eris/original Eris who loved him is long gone, Helena doesn't love him. But I wished he had an even harsher punishment. For example, being removed as Emperor. The people love Helena, since she is the heroine of the world, so I don't think it was necessary to keep Alecto as Emperor. He doesn't deserve it, especially for his heinous crime of nearly raping Eris. Hubris, the high priest, loses his divine power and youth, because he overexerted himself trying to save Eris' body from burning. I didn't like Hubris for lusting after his half sister, since his father is Marquis Mizelian who had an affair with his mother, but it seems he "loved" the stranger in Eris' body. In Alecto's case, I think he was just trying to hold onto Eris, even if the real Eris had already disappeared. He didn't care that someone else was possessing her body, he just wanted to keep that remnant of Eris. But Hubris deliberately wanted to keep the MC in this world, so that she could not return to her original, and she would be forced to grow old, die, and reincarnate in this world. He even said that he would find her in the next lifetimes. That's obsession. And Jason is the most pitiable of all. He aided in nearly keeping the MC in this world, but I think he, like Alecto was obsessed with the original Eris. Whereas Alecto lost someone who sincerely loved him, and thus he couldn't accept it, Jason saw himself in Eris, both as people who were forced since they were young to do what others told them (him, to kill a dragon, her, to be the crown prince's fiance). This is why I find Jason the most pitiable.

Alecto tried to rape Eris, and he will not be forgiven for that. Hubris also wanted to revive Eris after she died, and keep the MC trapped there forever (her soul can not leave the world a second time). But Jason? He didn't really do anything. He had the least connection to the original Eris. He was not her fiance, and he was not even her half-brother. Jason's "punishment" is also unrelated to Eris. He was cursed by the dragons for killing one of their kind (even though it was the dragon who issued that prophecy, and manipulated everything so Jason could kill him). A dragon's long lifespan, in a human, aging body. Alecto's family died because the MC conspired with the Empress to kill themselves, and the MC taught Helena how to be a better and smarter person. Hubris lost his divine power because he tried to save Eris' body. Jason in comparison, his punishment is not related. Although, I hear that the author had another side story planned, where Medea would take the preserved body of Eris' mother (who looks exactly like her), and torment Jason with that. Considering the real life Greek myths of Jason and Medea, I find an antagonistic relationship fitting, if not a bid odd, since this witch Medea has no real connection to this novel's Jason other than that Eris/the MC helped her/was a friend of hers, of a sort.

TLDR, I really like this novel, but I wish certain plot points were addressed in greater detail, and the fate of certain characters to be worse or better depending on who they are.