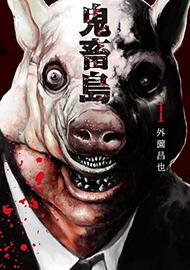 Takahisa and a group of students in a university club head to the remote Kichiku Island in search of ruins, but they're immediately attacked by a large man in a pig mask, and their boat sinks, leaving them stranded. The group quickly discovers that the island is inhabited by bloodthirsty cannibals, but there's more going on at Kichiku Island than meets the eye...

TLDR : Initial group of characters are really bad and unlikable. Thing's get better after mc leaves them in chapter 20. Is it worth reading? I really cannot tell you.  Some comments that I agree with :  "If you're reading this for the plot you might have made a mistake. This is like a B horror movie, the enjoyment lies in the spectacle." "I don't even know what is happening anymore" "idk why I'm still reading this tbh maybe I'm getting *dumber* as chapters go by, must keep reading" ~~~ I'll be writing my thoughts as I read along, rather than everything right at the end, since it's still ongoing. Wow um, firstly the intial group of university kids are extremely unlikable. Spoilers here but one girl, Uehara, is obsessed with finding her senpai and the other two girls just complain all the time. The 'prez' is so cowardly and always belittles and complains about the other two girls, so pretty unlikable too and the mc has a crush on Uehara and basically tries to do everything for her whilst she goes on and on about her senpai. His only goal is to save her when she obviously doesn't even give the mc a second thought?? Shouldn't you be more focused on, i don't know, your own well being? Ugh, I just hate how the characters are written to be so unlikable that you literally have no one to root for when reading. The concept is great (kinda cliche but that's fine), I just wish the characters were more decent human beings.  Ooh okay there's been a plot twist with the characters, so things are getting more interesting. Hmm, so senpai's a scumbag okey dokey. But the girls are killing each other over him? Wow um, okay, her personality did a 180 so quickly. The senpai's such a douchebag omfg. Mary stabbed him right in the nuts, serves him right lmao. Oh the universtiry kids are so frciking unlikable and the guy with a gun isn't that great either, just a person who decides to throw hands at whoever's closest to him. Chapter 15 is a bit of a fever dream ngl. The esper was hella helpful and they all just tried to drown the kid? Why because it was acting like a child? I mean yeah that's because it is. I'm so tempted to drop it but I like the concept and the story's not too bad, just the characters.  I do quite like the killing families - the cannibals that reside on the island. I like the concept that the nuclear waste has mutated them and then they form groups. The family currently attacking the uni kids are : the pig faced giant, their 'father'. and Mary. Mary's great. And then also with them (but back at their home) is Ami, also with a pig face who is the man with a gun's daughter, and Uehara is with Ami too. Oh turns out the esper is with them too, his name is Satoru.  The plot holes are everywhere ahhhh, the man with a gun establishes that in order to kill the mutant you have to shoot them in the head and then chop them into pieces, but when they come back to life he wonder why they didn't die. ??? Bro, you established the rules yourself didn't you? Oh is that character development I see in chapter 20?? Poor dog mutant guy, the entire pack was hella nice :( Omg Hanakuro is so nice, offering the mc where to find knowledge and the powers. The entire pack of dog mutants seem like the nicest family ever. Nevermind they had ulterior motives, still tho. Oh I love the art goddammit it's so unsettling it's great. Is it worth the 20 terrible character chapters at the start? I think so. It does get better.   Oh the mc just became a bad*ss hell yeah. And the guy with a gun has a daughter complex OKKKAY let's hold up for a sec. No incest plz plz plz.What a fricking digusting guy. Ami please kill him. I honestly think my sanity is also going down the downwards spiral that is this plot. YES HE DIED WOOHOO.  Idek what's happening at this point oof. Again, it's like chapter 36 and I'm very confused. Now they're gonna have a baby together? What? 38 chapters in an senpai's back oof. He's grown a full on beard lmao, idk why I thought that was funny. Satoru casually telling Uehara that senpai was a piece of sh"t is hilarious.  NOW THERE'S ROMANCE. holy god this plot is everywhere asdfghjkl he just asked 'why do I find her as cute a button' omfg you called her 'sis', incest much. Oh the family is being destroyed from the inside oof.  I normally don't write such negative reviews but there's a lot left to be desired with this manga.

This manga is beyond imagining. Truly, I've never come across a manga more fitting of the "so bad that it's good" label. This manga takes over-the-top gore and violence, and combines it with the worst characters to have ever been written. They are completely unrealistic pieces of garbage who make the dumbest decisions in every possible scenario. It might sound like I'm mocking this manga, but I'm not. The gore and the character choices had me laughing literally every chapter, and it is a great experience. Though, the author, to my knowledge, intended this to be a serious horror manga, and they fail laughably. That being said, I reccommend this manga to everyone, it is amazing and a joy to read. Truly terrible, but lots of fun. I love this manga so much. What an incredible experience.

almost call it a guilty pleasure, but it's not guilty for me 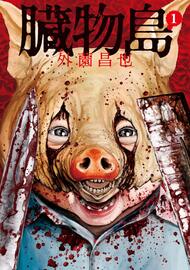 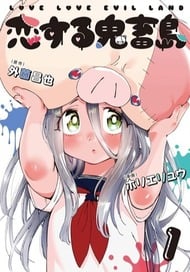 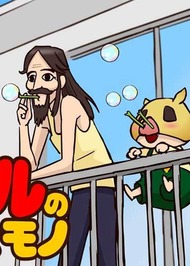