Alt title: All Four Seasons of the Keyaki Sisters. 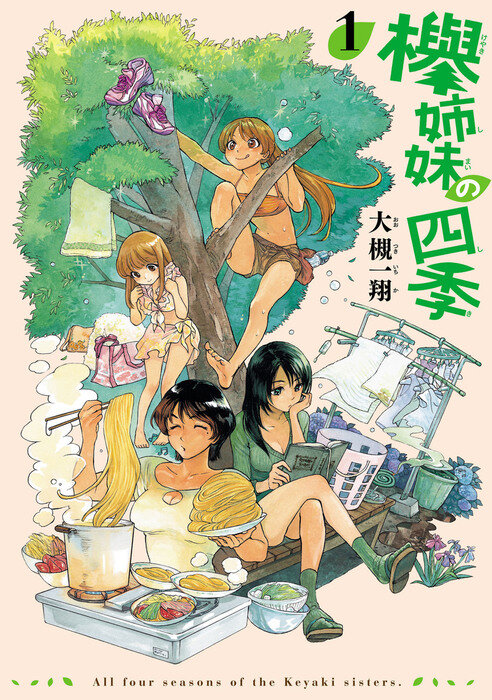 The manga centers on two sisters. Karin, the older sister, is about to graduate from college, but hasn't yet decided where she will work. For now, she is content with taking care of her younger sister Kurumi, which she has done since Kurumi was little. When Karin finally makes an important decision regarding her future, tragedy strikes their family that will change the course of their lives.

Nori, a young girl, looks after her younger brother Take and other people in their neighborhood in Ginza.

Anzu and Sumire are half-blooded twins living in a port town. They love their big brother, Fujio, a legendary modeler of figurines. A nice slice of life family story about a brother and his young sisters who turn to be ladies.

Shiho, Cocoa and Himeka are three sisters who live together with their protective older brother. As their parents are off traveling the world, the brother has taken on the parental role as well as taking point in the bakery that all the siblings operate. As a result, the brother has developed a sister complex, becoming, at times, overbearing to Shiho, Cocoa and Himeka. This is a comedic story about their little weird family.

This is a story about Akira and her brother, Minato. They live in a watch shop, and they share a secret.