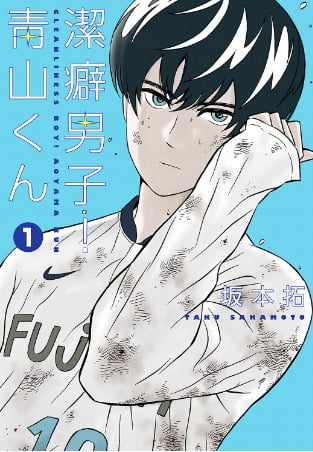 Ashito Aoi is a young, aspiring soccer player from a backwater town in Japan. His hopes of getting into a high school with a good soccer club are dashed when he causes an incident during a critical match for his team, which results in their loss and elimination from the tournament. Nevertheless, he catches the eye of someone important who happened to be visiting from Tokyo. How will things turn out for Ashito?

Fresh off their upset victory over top-seeded Tousei, Nishiura High School looks to continue its stunning run in the Summer Tournament. Things seem to be clicking on all cylinders, as timid pitcher Ren Mihashi is slowly gaining confidence with each successful performance, while the rest of the lineup’s dedication to practice is starting to pay off at the plate. Under the steady guidance of first-year coach Maria Momoe, the group is beginning to garner attention as a dark horse contender. But with formidable opponents on the horizon, including some who stretch the rules of fair play, the team will have to work harder than ever to extend their streak and keep their championship hopes alive!