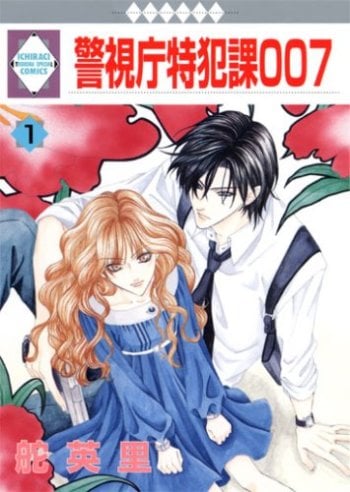 Most people love red hair. It's so vibrant and striking. But not our protagonist Nora. Many people in her village hate her because she has red hair because of an old legend in the village. Though some people hate her, she still pulls on. But her not-so-ordinary life might become mysterious and dangerous soon...in more ways than one?!

The two are by the same author. They both have a strong heroine who has special abilities and an older man in a protector/love interest role. They both have the smart witty humor. If you like one read the other!

Both mangas are from the same person and share a similar vibe even though they are really different plot wise. The main heroines are head-strong and daring with special powers that are the reason for being with the main love interest. Concerning the main male in both mangas he is strong, cool and really protective over the MC.

Both from the same author and have the same feel to it! I really enjoyed both of them and it is really cool to have a woman character tha isn`t weak!

The author is the same. The realtionships are fairly similar, althought the setting is different. If you enjoyed how the male lead teases the female lead, and her embaressed reations, you will enjoy the other work's relationship.

Successful career woman Asuka Takanashi has an old-fashioned dream of getting married and becoming a housewife. After her long-term boyfriend breaks up with her to pursue his own career goals, she encounters popular newscaster Ryu Nanami. Asuka and Ryu get along well, but the last thing he wants is to ever get married. This levelheaded pair who want the opposite things in life should never get involved, except…

Both contain strong and stable relationships with astounding characters at the center of them. They're very heartwarming, in a way, and relate to overcoming barriers in a relationship. Since it's them, who are so great, things just seem to work out even though there are problems...

Otodama: Voice From the Dead

Kaname Otonashi is a gifted detective with a super-hearing ability. He can even hear voices from the "otherside" — of the dead! Yasuhide, (aka. Hide) his business partner, also a former detective, still collaborates with the police department and brings home unsolved cases to keep their business busy.

In 1950s Tokyo, only the Rose Cross Detective Agency can tackle the cases that the police won't touch. Enokizu is an eccentric private eye with psychic abilities, and Chuuzenji is a surly used book store owner with an encylopaedic knowledge of obscure trivia. Together with their associates, they seek justice for the victims.

Utada Mamoru is a 32-year-old detective of Musashihara precinct who finds himself stifled by the corrupt police system. Then he is told by a black-suited man who identifies himself as Kanzaki, "You will die at 35." "We are ’supermen’ who are allowed to live as we desire. If there is a human we want to kill, we are even permitted to do so." Utada is disturbed by Kanzaki’s mysterious counsel but when the lady he has a secret crush on is brutally murdered, he begins to think of how he would like to lead the rest of his life.

Eiji is a teenager who's rough and rude and loves to fight. However Eiji has a strange power; when he comes in contact of certain objects, he can see memories contained within the objects themselves. When he finds himself involved in a dark murder case, he assists a beautiful young profiler to find the murderer. Afterwards, she continues to ask for his assistance in more complex investigations.

The profession of private detective fell out of favor long ago, and yet, that's how the young man, Shinjurou Yuuki identifies himself. With his superior deductive powers, Shinjurou solves various challenging cases. Meanwhile, Inga, an attractive young lad, serves as Shinjurou's "buddy". But contrary to his cute looks, he's a sharp, arrogant rogue. Why Inga sticks with Shinjurou is as yet unknown.

Because of the extraordinary power she has, Shuri Otokawa was always living in the dark full of fear and distress. Eventually, she decided to become more optimistic about her life when she started a new job at her aunt's research laboratory. However, at such a crucial time in her life, the one who appears in front of Shuri is...?!

A college student, Saitou Yakumo, is born with different eye colors. His red left eye gives him a special ability to see ghosts and spirits. He believes ghosts and spirits are bound to earth because of a certain 'cause,' and simply eliminating that 'cause' will let those spirits rest in peace. Being asked for help by Ozawa Haruka, they begin the investigation together.