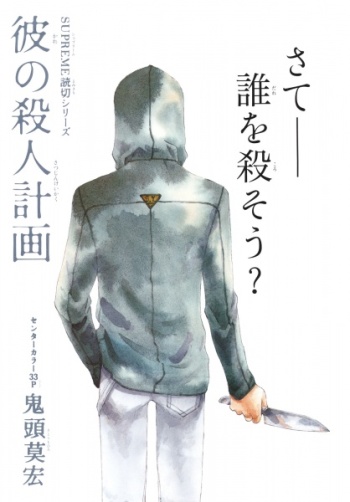 The charachters look like they're from Bokurano for some reason. Anyway just wait for the twist, it'll certainly rustle your jimmies.

So the most important thing is that Yasuhiro isn't trying to get away with murder--in fact, fe intends to get caught--which creates a dynamic to feir planning completely different from what I had expected going in. Feir main concern is with how the media and public at large will interpret feir actions. Fe wants it to be seen as meaningless and without cause, which means feir victim needs to be blameless and unconnected to fem and fe femself needs to be living a fulfilling and happy life. And that's basically it. Since this is the direction the manga decided to go with the "scheming," then I have to say that it's stupid that fe thinks creating the outward appearance of an idyllic life will somehow prevent baseless assumptions and conjecture. Fe seems to forget that people will point to the fact that fe killed somebody as itself proof that fe was troubled and dissatisfied, regardless of whether there were outward signs of that inner turmoil or not. And they'd probably point to the sudden increase in productivity and community service and say that fe was pushing himself too hard until the pressure finally mounted up and fe snapped. Of course, we don't actually get to see the media's reaction because the manga has a very stupid and unsatisfying ending. It would've been a lot more poetic to have fem go through all this effort to try to control the narrative and then end with the narrative running away from fem anyway--it could've had the semblance of a point. 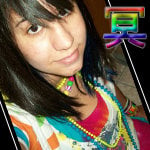 When I read the description for Kare no Satsujin Keikaku, I knew I had to read it. Being an aspiring seinen manga-ka, I had once drafted a story very similar in premise to this one-shot-- it was about a high school boy, happy with his life and quite "normal", who wanted to experience what it was like to kill someone. I had never heard of Kare no Satsujin Keikaku, although I had figured my idea wasn't completely original.

Anyways, I was very happy with this manga. It brought up some interesting questions-- what do killers want others to think of them after they have committed their crimes? and who can really say what a murderer's true motive was? The main character of this manga tries to avoid the media's would-be suspicions by living a happy life. He becomes determined not to be seen as a dark, loner kid who would be likely to commit murder.

Something I found interesting about this manga was how the main character wanted to truly experience killing a human being. After picking a complete stranger as his victim, he becomes close to her, observing her life without entering it. This was a peculiar thing for him to do, knowing that it may make it harder for him to carry out his plan. He notes how it becomes harder to kill someone the more you know them, but that's exactly what he wants.

As a reader, one becomes curious as to whether he will really do it or not. It's hard to tell if the story is leading up to a heartwarming ending... At points it seems like it-- the main character acknowledges himself as a "happy bastard", with many hobbies, good grades, and even a cute girlfriend... But then he goes on to say how none of that interferes with his true desire to experience killing someone. So, it's hard to know what will happen.

The suspense created is part of what makes this manga great, as I was not expecting to be so unsure of what was to come next in such a short story. (However, I would expect nothing less from the creator of other great series like Narutaru/Shadow Star and Bokurano. Mohiro Kitoh is a genius storyteller.) I was also quite happy with the other elements present, like the art and characters.

The only thing that could maybe have been improved would be the ending-- I liked it, but I know I would have gone about it differently. There was an attempt at continuity that I personally think should have been avoided. In one-shots like these, it seems best to avoid names and relations between most characters. I feel it would have been a little more relevant to the themes if the last character introduced was random and unnamed.

Overall, I would rate this one-shot a 9 out of 10. It's a great little read for anyone interested in the deeper subjects typically present in seinen manga.