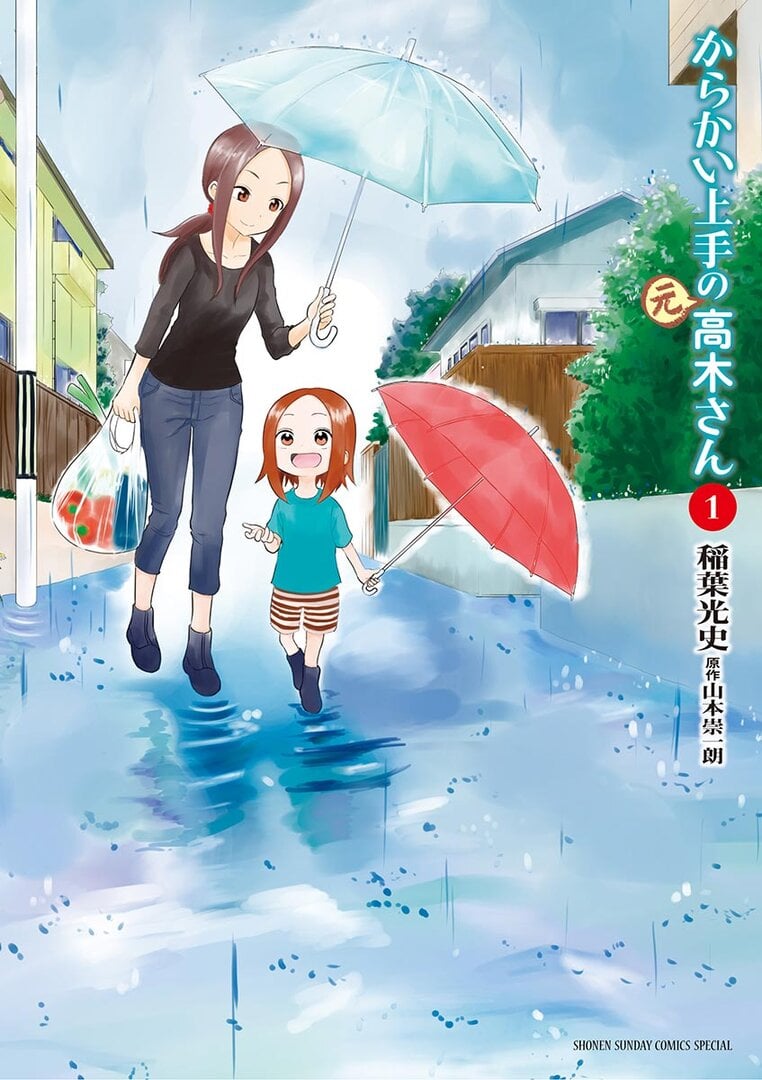 If you're looking for anime similar to Karakai Jouzu no (Moto) Takagi-san, you might like these titles.

The story centers on Moyako Konoe and her younger brother Akira. When they were younger, Akira proposed to her, so Moyako thinks he is a pervert who has fallen in love with his older sister. Moyako's misunderstanding leads her to create wild delusions about her brother.

Sakurai Shinichi’s one wish is for a little peace and quiet. But Uzaki Hana--his boisterous, well-endowed underclassman--has other plans. All she wants is to hang out and poke fun at him. With the help of her chipper charm and peppy persistence, this might just be the start of a beautiful relationship!