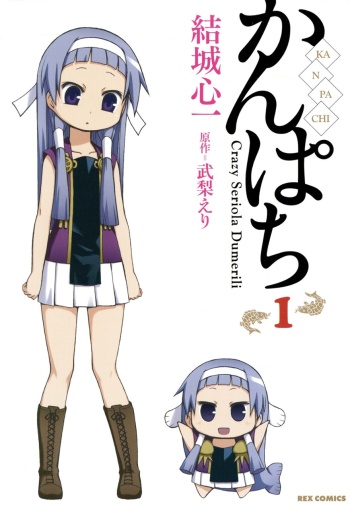 Rock Lee is a youth from the Hidden Leaf Village who strives to become a worthwhile ninja - despite the fact that he is unable to use ninjutsu! Alongside fellow teammates Neji and Tenten, Lee must overcome this obstacle while completing a variety of absurd training routines, protecting the village from the always-scheming Orochimaru, and somehow finding time to win over the heart of his beloved Sakura, who rejects his every advance. However, this matters not to the eternally cheerful and energetic boy, who seems to be undeterred by failure of any sort. Whether competing at the annual sports meet, acting as bodyguard for the Hokage, or battling against his friend and rival Naruto, Lee always gives 110% effort, determined to live out his springtime of youth to the fullest!

Three hundred years ago, the power-hungry Demon King Giri was sealed away by the legendary Migu Migu tribe. In the present, the seal on Giri has melted, and two unlikely heroes must save the world once more. Twelve year old Kukuri is a bumbling mage who is the last of the Migu Migu tribe, and thirteen year old Nike is a would-be swordsman who has been raised to be a hero; together, the two will wander the land in hopes of defeating Demon King Giri - but they aren't alone! Along with an almost-naked old man, a loincloth-wearing wind spirit and plenty of wacky companions, the duo will help townsfolk, gather Guru Guru spells and have plenty of fun in the process!

The SD Gundam crew is back and ready for more antics! Student President Char of the Nu School for Boys, and Haman of the Zeta Academy for Girls, build a bridge joining their schools for the upcoming Boys and Girls Social. Meanwhile Haro, Amuro, Kamille, Judau, and others from the Counterattack School launch an attack of vandalism and annoyances on the other schools in the middle of their event. Who will win the comedic battle, and can Kamille find a girlfriend before the school is destroyed?