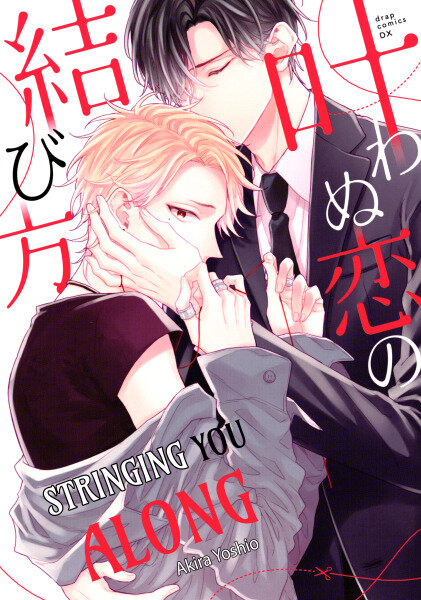 Story: Kamisawa has the ability to sever the red string of fate. Supposedly, there are several strings. In this manga, the client, Hara-san, wants Kamisawa to cut the string that connects him to a stalker. This interaction is what introduces the two and how they eventually fall in love. But something like the strings doesn't connect them, for Kamisawa lacks a string, meaning he doesn't have a fated partner. Whereas Hara-san does, get the picture?

Characters: Despite Hara-san showing Kamisawa his devotion, Kamisawa still doubts him. That annoyed although Kamisawa has a good reason to worry. "What if Hara-san's fated pair appears?" That single thought has the potential to destroy their relationship.

First at all, this story not end at chap 6, i already read chap 9 n it still ongoing