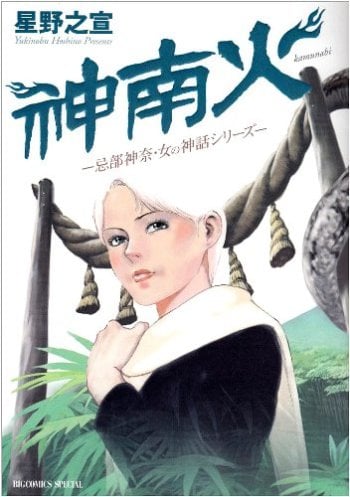 The story takes place in a single town on a solitary island. It is a lawless place where ayakashi and humans both reside.

Since birth, Ritsu has inherited the ability to see spirits and demons from his novelist grandfather, a sort of sixth sense. However, when his grandfather passes away, he loses the protection he had when under his care and ends up forming a contract with a demon named Blue Storm.

Arata Miyako isa new government worker assigned to the Shinjuku Ward Office's "Nighttime Regional Relations" department. Each of Tokyo's 23 wards has one such department, which were established to solve paranormal and occult-related events. Arata can understand non-human speech that no one else understands, and he encounters a youkai (supernatural entity) at Shinjuku Gyoen park that calls him Abe no Seimei — the name of a historical Japanese occultist and diviner.

On a trip to look for his brother, a hungry Hachiya Rei stops at a shrine to pray. It is just his luck that he is accused of stealing money from the shrine and forced to work to pay off the amount stolen. However, the real thief turns out to be a daemon, or a god turned evil! An encounter with the daemon unleashes Kagutsuchi, the god of fire, concealed in Rei. As Kagutsuchi's proxy, Rei can use the god's holy fire to purify daemons, but there's a side effect...