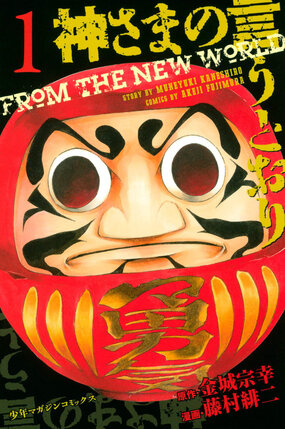 Story: I'm a fan of this kind of stuff: Survival, youngsters being tossed into "life or head explosion" situations, high stakes games, head explosions and turning mundane games into high stakes games (Totally different from "high stakes games" on it's own) or turning childhood games into horrifying nightmarish trials. And psychological breakdowns, those are always fun. The manga tackles all of that and for those who are fans of that kind of stuff, it should satisfy despite a high turnover rate, questionable plot developments and in my opinion, somewhat poor reasoning and it was cancelled, so a lack of answers and a rushed ending is imminent. But justice first, and justice is blood. Loads of blood, because humans are squishy things, filled with red that's waiting to splatter the floors and walls. Most scenarios degenerate into win or die, sometimes with a twist. The games themselves aren't what I would expect and has some nice cruel subversions to an expected conclusion, not always choosing a predictable path. There's an unusual selection of games with the first one being a Japanese version of Red Light, Green Light, Japanese with the longer phrasing for the person/thing whose turning around and the whole head exploding schtick, that or head sized holes magically appearing in people. Good stuff. Anything past that is a spoiler but it does get delightfully fun. Maybe it can be divided into three components: The games themselves, with the hapless youngsters; those on the outside who are trying to look in and find out what's wrong and the mystery behind it all, explanations and detectivery and stuff. The second component, those looking in, is pretty reasonable in all consideration but in consideration to that consideration and this being a manga where heads explode and blood flows freely, it's delightfully subverted. Again. You know how God plays dice with the universe? It's like that. Third, and the worst for me, was finding out what was behind it all. Explanations are hardly ever adequate for this kind of stuff and for some of the stuff here just didn't jive with me. As it was revealed, I was still curious but the end result just wasn't satisfying. I know it would be hard to actually do much justice with a premise and these kinds of scenarios but it just didn't click like it should have. A rushed ending didn't help matters and it only made things worse. Still, I had fun with the cruel twists to the game and despite some cheap moments, it's pretty good. There's some sound logic to how some games are defeated and how others are tackled and I like that. They use their heads when they aren't panicking like normal human beings and ending up as bloody skid marks or offal on the floor. Art: Clean, nice, a bit stylish, some good fanservice and didn't over rely on gore. It's actually not that gory. Sure people get their heads blown off, head sized holes, dismemberment, head loss, more head explosions and in comparison, not much shots where the guts spill out in comparison. Think it's good in that regard because that would be a crap ton of guts to draw. The adversaries are creative as I'm not used to seeing them in such a situation. The Daruma on the cover, for instance. On the Entry page, you don't see that every day. And some of the ones in the later chapters are pretty damn good, ranging from disturbing as realization kicks in to kinky and lickable. Very lickable. Characters, you can tell them apart and they have some good features but I wanted to give mention to some character's eyes, which are sometimes black ovals in a circle. Kinda adds a nice creepy factor for some characters that have them and other characters are drawn quite nicely. Not amazing amazing but still real good. Characters: With a high turnover rate, don't expect to get too attached to many of them. Excluding the worm food and those who are examples of how to die in the current challenge, the cast is likable enough, if mostly adequate. A surpriser was the psychopathic butcher Takeru Amaya, I shouldn't like him as he's hardly a redeemable character but he does have some real good moments and is a total violent badass. The main, he's got a good head on his shoulders, one that keeps him alive. But you get what you see, we learn a few things about their past and somethings on how they came to be what they are now but it's more about the predicament they're in, and either how to defeat it or escape it.  Overall: I had some real good fun with it and it really had me going while it lasted. It's a good, twisted game of childhood games made deadly and a nice entry into the survival game genre. A rushed ending, inadequate explanations and the ability to only make you care for a few characters keep it from becoming a work of magnificence but it's still worth a read despite it's flaws.

Well, I guess this manga has this going for it: I don't know what'll happen next. It's very difficult to try to predict events more than a chapter or two ahead. Obviously, the games will continue and more people will die. And Shun at the very least will probably continue to survive (though even that's not a certainty). But what the games will consist of and who they'll involve, I don't know. The games are based on traditional games like Red-Light/Green-Light or Tug'o'War, but with deadly twists. The MCs of these events change from event to event, but are also often based on traditional things. A few of the MCs are pervy, and participants getting a high (sexual or otherwise) is also a recurring idea. Most of the characters die and new characters are brought in to keep that tone of surviving to the last throughout. Each event is about two or three chapters long and the participants have to try to figure out the rules of the game and how to win by learning from the mistakes of others (who've messed up and died). The outlandishness and unpredictability can be weirdly addictive, but it can also be annoying and lead to a sense of disinterest in the characters and what's happening to them. 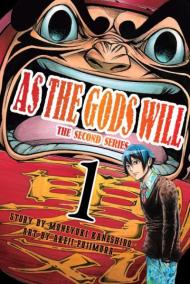 As the Gods Will: The Second Series 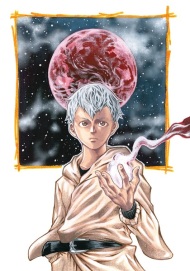