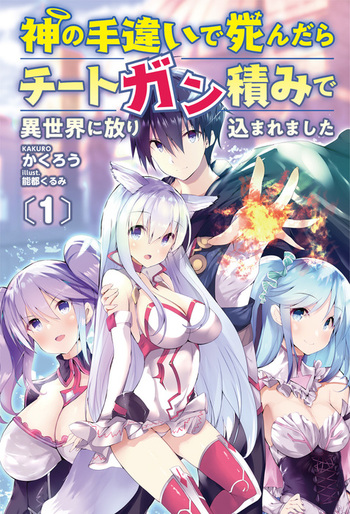 If you're looking for anime similar to Kami no Techigai de Shindara Zumi de Isekai ni Hourikomare Mashita (Light Novel), you might like these titles.

Ninth grader Yusuke Yotsuya is practical, friendless, and not active in any clubs. Then one day, he and two female classmates are suddenly sent to another world where they must work together to battle for their lives. Yotsuya is a lone wolf and has always lived his life according to his wants, but how will that work out now that he’s supposed to be a hero?! Get ready for a one-of-a-kind story that will challenge everything you thought you knew about fantasy!

In a busy trade city, item engineer Leicester Maycraft’s guild of adventurers—Oasis—gathers to watch a meteor shower. After one of the falling stars crashes into the cathedral, Maycraft discovers a sleeping girl who carries a mysterious message. When she wakes up—his life takes an adventurous turn!