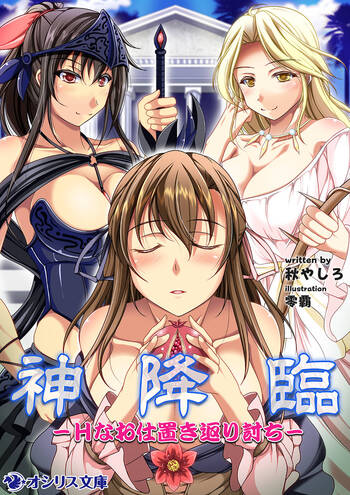 If you're looking for anime similar to Kami Kourin: H na Oshioki Kaeriuchi (Light Novel), you might like these titles.

Negi has just discovered that his father is still alive; thus, he decides to travel to Wales and find him, and prepares to say goodbye to his students. When some of his class learn that Negi may not return to the Mahora Academy they form the Ala Alba – a club with the purpose of finding Negi’s father and returning to school safely. Following their grueling training the Ala Alba – under the guise of the British Culture Research Club – is ready to depart for Mundus Magicus. However, before they can leave the Ala Alba has to contend with other classmates who want in on the action, as well as Negi’s jealous childhood friend, Anya. At this rate, will Negi and the Ala Alba manage to make it to Wales?

There are wedding bells in the air for Nobuyuki and Rea, meaning the Masaki household is about to get a whole lot livelier! The guest list is teeming with family members from Jurai and friends from all over the known galaxy, all wanting to see Nobuyuki and his bride. While Ryoko and Ayeka bond over having little to do with the family, Minaho sets her sights on her nephew Tenchi. Meanwhile, Airi is stuck at the GXP Academy, working overtime to finish her paperwork in time for the ceremony. However, as the day draws near, a more pressing matter begins to arise - who exactly is Rea, and where did the blushing bride come from?