Alt title: Run Away With Me, Girl 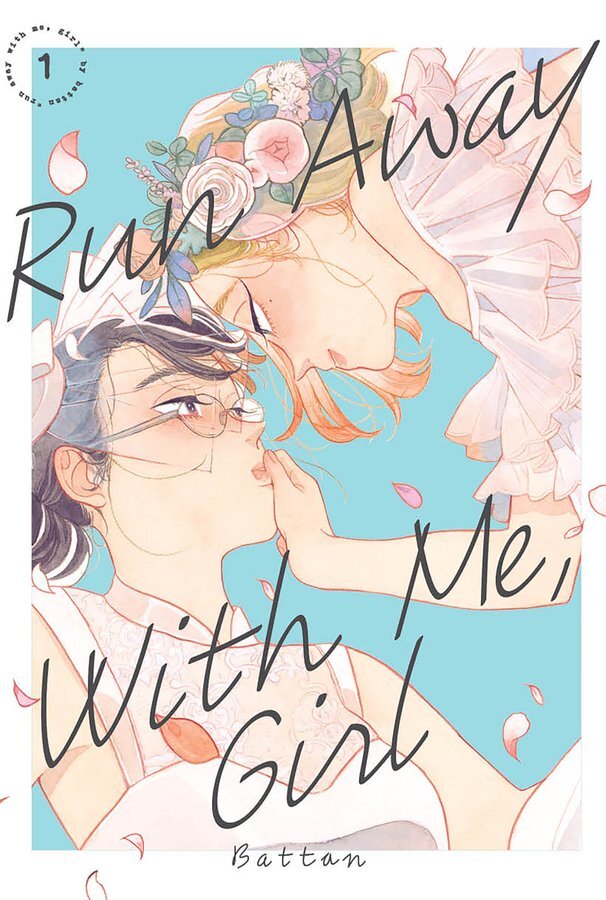 Teti joins the Cirque Arachne, a troupe of acrobats, and finds herself captivated by one member in particular...

The story of a woman who asks the lesbian who is in love with her to kill her husband and their life on the road after the deed is done.

About a woman who leaves her husband for an old friend from school.

Takane no Hana to Futsuu no Ko

Ichiko's dream is to follow in her father's footsteps and become a novel translator. To this extent, she's enrolled in a work-intensive language program, but still manages enough time for a fulfilling relationship. However, she's anxious about how her father will react upon learning she's dating Eri... a woman. But much to her surprise, the man actually accepts Ichiko's lifestyle and has a surprise of his own: he's gay too. Determined to treat him in kind, Ichiko, along with her father, girlfriend and gay best friend, will learn about love in all of its forms.

Two women consider their roles in their relationship with each other.

The Conditions of Paradise: Our First Time

Sumi has long carried a torch for her best friend Sarina, but she's made peace with the fact that Sarina will never love her back. But as the two women start to blur the lines and kiss, will they go from being friends to lovers? Read their tale and many more sweet yuri love stories.

Shimada Asami has always been doing as she's told: following the prescribed path. Though she loves playing the piano, she goes to a regular college instead of a conservatory, and in the same manner, Shimada's actions always fall within people's expectations without her ever kicking up a fuss. However, when a childhood friend reveals further intentions, Shimada becomes close to a female co-worker, and her life begins to change.