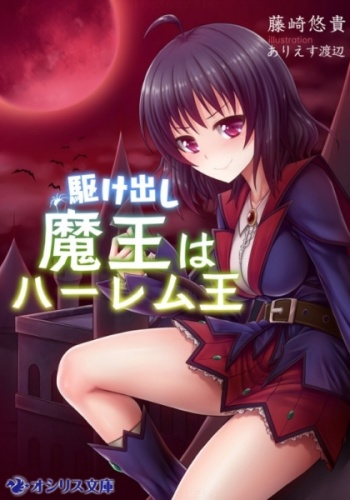 If you're looking for anime similar to Kakedashi Maou wa Harem Ou (Light Novel), you might like these titles.

A recap episode, covering episodes 1-7 of So, I Can't Play H!

Tayutama -Kiss on my Deity-

While trying to protect a wooden relic, high school student Yuuri Mito summons the Goddess Kikuramikami no Hime in the form of a sweet, affectionate child; she begins to live with him, taking the name Mashiro. Yuuri promises to marry her when she grows up, which unfortunately for him happens overnight! However, they soon have bigger things to worry about, as the relic is accidentally destroyed, unleashing the Tayutai, a human-hating race of monsters. Along with Yuuri's childhood friend Ameri, his step-sister Yumina and Mifuyu - an honour student at Flawless Girls' Academy - Yuuri and Mashiro must step up to fight the Tayutai, protect the world, and even learn about underwear!