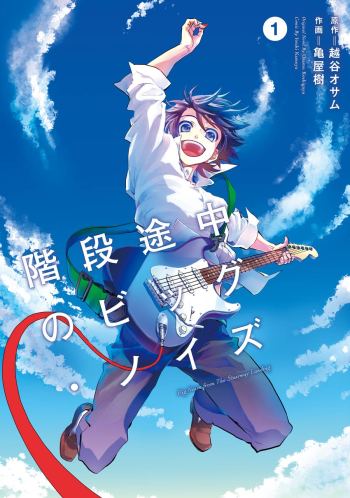 If you're looking for manga similar to Kaidan Tochuu no Big Noise, you might like these titles.

There was once a high school band whose pop songs warmed and thrilled the hearts of all who listened. Now, three girls have been inspired to start a light music club of their own, but will things turn out like they hope?

The Kitauji high school wind instrument club had at one time participated in national tournaments, and was a champion school, but after the club's adviser changed, they have not been able to even participate in the qualifying tournament. Under the strict leadership of Taki, a substitute for Ms. Rikako, they steadily build up their strength. As they fight over who plays solos, some students give priority to studying and quit club activities. Finally, the long wished-for day of the contest arrives.