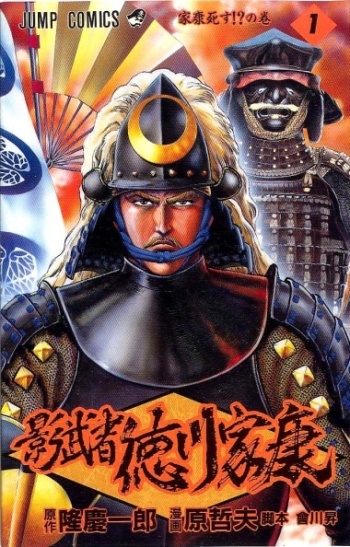 The story starts in 1560, before an impressive battle where Nobunaga's forces were severely outnumbered by his enemies, the Imagawa clan. The story then begins to jump back to earlier times in his life, in the 1550s and 1540s. Through this manga, one can learn of Nobunaga's military, political, and personal life, and how he came to shape the history of Japan.

The 13th year of the Tenshou Era, young "One-Eyed Dragon" Date Masamune is the head of the powerful Date family. Masamune is very vain, self-centered, and reckless, and has started attacking and conquering all of the regions around his lands. The purpose of his campaign appears to be the acquisition of the treasures these nations possess. Katakura Kojuro, his trusted retainer and friend, does his best to keep Masamune from getting himself killed by his rash and dangerous plans.

During the closing years of the civil war period and uneasy reign of Toyotomi Hideyoshi, when men high and low scramble to follow conventional propriety so that they don't attract undue notice (or death) to themselves, there is one very bizarre individual who is known for his legendarily outlandish and wild personality, physical appearance and behavior. This series traces the dramatic adventures of Maeda Keiji from personal conflicts with his adopted Maeda family, brave combat exploits, travels to the capital, and relationships with famous existing figures such as Tokugawa Iyeyasu, Rikyuu the tea master, and Hideyoshi himself, to experiences with the foreign and Japanese Christian faithful.

The Castle of Dawn

Japan, 1594. In an effort to hold his chief rival in check, the shogun entrusts his loyal vassal, Lord Matsunoki with a plan to construct a new castle. The castle of dawn is not just any castle though, but one to be built in a traditional European style. Will Lord Matsunoki succeed in building his life’s work? Or will the spies, traitors, and saboteurs that oppose him bring the whole thing crashing down on top of him?