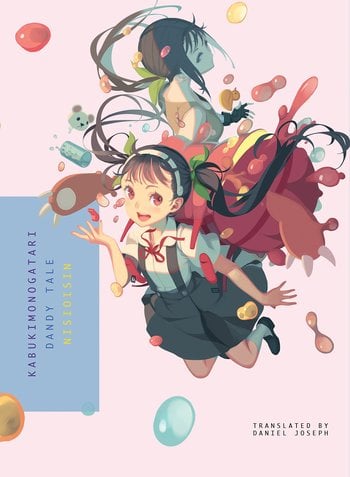 If you're looking for manga similar to Kabukimonogatari: Dandy Tale (Light Novel), you might like these titles.

Mikiya Kokuto finds himself intrigued by two things. The first is by Shiki Ryougi a beautiful, yet rather unsociable, girl and the other is the strange series of violent deaths that start occuring in his town. As he attempts to get closer to Shiki, he soon learns that the two are connected and that there are many supernatural forces at work which could very likely get him killed as well.

Due to various “reasons” having to leave his parents and living alone, is Kirimura Seiji. With his classmates and a very beautiful bishoujo named Fuyuki Youko, he barely manages to pass through “normally” each day. Until one day, falling out of the sky, is a girl wearing gothic attire. This cute little girl is called Yuu, and she claims to be a vampire. Her appearance is due to the fact that she is searching for her thousand year old reincarnated lover. Originally he thought that she was raving mad, but never in his farfetched dreams would he have expected to find a Rabbit butler and a Steel Maid-en would appear to retrieve her home. With these new arrivals, Kirimura Seiji’s daily “normal” life is over, and triggers the beginning of his “very abnormal, love life”.