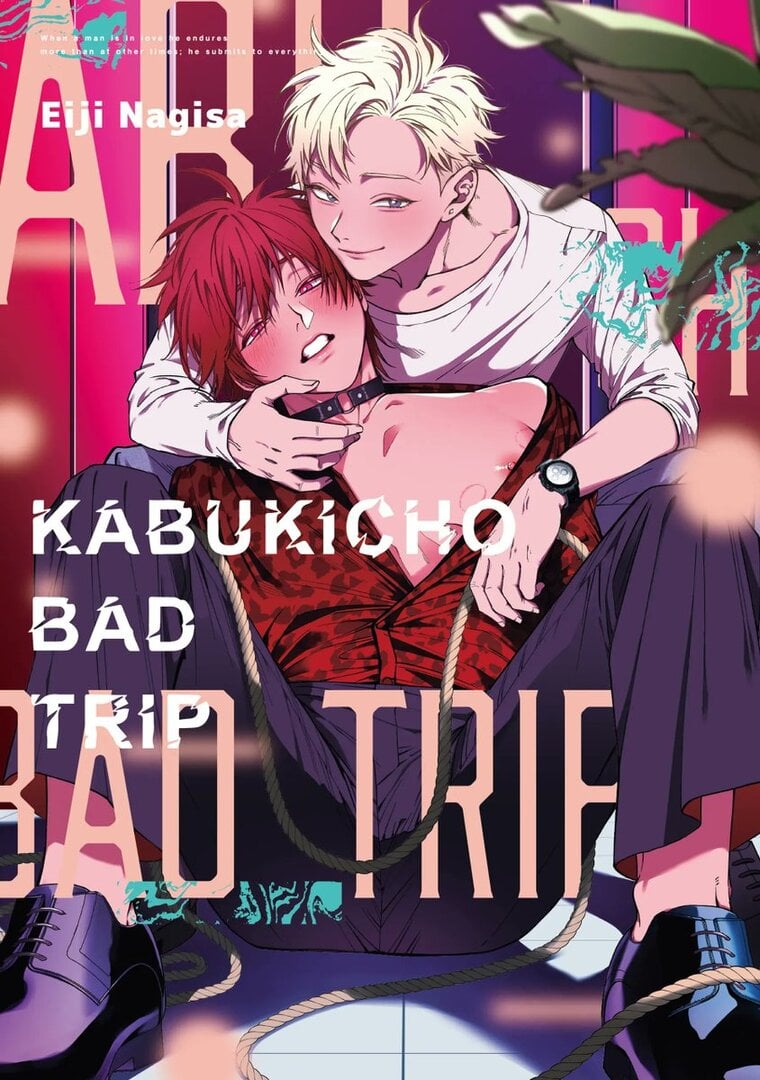 A story between a host and his son.

The host club's number one, Reiji. Reiji has a certain fetish where he gets excited by watching a man pee. However, he was even sexually unsatisfied after watching his sex friend peeing amazingly. In the meantime, the owner Aya scolded his working attitude and reduced his salary, and his frustrations have reached the limits. As revenge for Aya, as a strategy, he used a big customer to make Aya drunk and make him pee! Is what's supposed to happen but his excitement towards Aya's bashful and indecent appearance of him peeing made him reach his limits!! Meant to harass him, yet unable to stop his sadistic side and his hips?!

"Please... make me all gloopy." Hajime is a plain guy who works at a flower shop. One morning, he delivers flowers to a host club in a glowing neon downtown district, when he's suddenly dragged into a sexy battle for No. 1 between the hosts! He gets his nipples and his crotch played with, until his body heats up and starts to melt! He sticks out his ass like they tell him to, and his body is tortured by the pleasure... then the hosts suddenly get serious!

One day, nightclub host and womanizer Yuto Izumi is suddenly kidnapped by men in black suits. They question him about seducing the fiancee of a certain heir to a business empire and reprimand him for breaking up the engagement... But the heir in question turns out to be Kaname Mikoshiba, a classmate from high school!! Kaname has a proposition for his old friend Yuto. He's willing to forgive him on the condition that he become Kaname's possession. Yuto is confused, and he doesn't know what to think - until he's taken to the Mikoshiba estate where Kaname professes his love to him, gets on top of him, and...!!

A poor college student who is struggling to make ends meet was introduced to a job in the male service industry. How will he react in his new job? Worse, he is to face the beautiful No 1 host!

Komiya Tadashi wants to become the number one host. He does his best at every job, no matter how unpleasant, but he has one big weak point... He's really bad at sex. Because of that, his ranking is the lowest. One day, the owner of the club gives him directions for a secret plan. The plan is "The Special Instructions on Sex" from legendary host Hayato! Tadashi is reluctant at first, but he changes gradually. He rubs his ass up in an approach from himself, and Hayato's excellent technique has him screaming and coming endlessly! Tadashi is straight, but Hayato has his heart beating hard...!? It's a rocky road ahead for this love... What will happen!?

Focuses on the host that goes by the name Kaguya and his client Reiji Matsuyama.

I'm Now Homeless, So I Let an Aggressive Host Take Me in as His Pet

I'm Yuzu Hayami, a college student who lives on his own. Today, I had a hectic day at my part-time job and had to do a bunch of overtime, and then on my way home, I hurt my ankle, got mugged while I was passed out, and had this drunk old man try to have his way with me because he thought I was turning tricks... This guy who was walking by saves me, but it turns out he's a club host, the likes of which I despise... Since I couldn't walk well due to my injury (it's light, though), I asked him to help me back to my apartment, but... huh? A vacant lot? ...Why? What happened to my apartment!?

Juri is the unwavering Number One host at the host club, “Velvet Kiss.” He's manly and handsome, but always has a poker face. Number Two host, Akatsuki, is aiming for the top spot and asks Juri how to earn it. Despite expecting to be rejected, Juri invites him over to his place. But when it’s just the two of them overlooking the beautiful night sky, Akatsuki finds himself being pulled in by Juri’s charm…

Host x Dentist! "What kind of face is this guy making under that mask?"