Just For The Butler 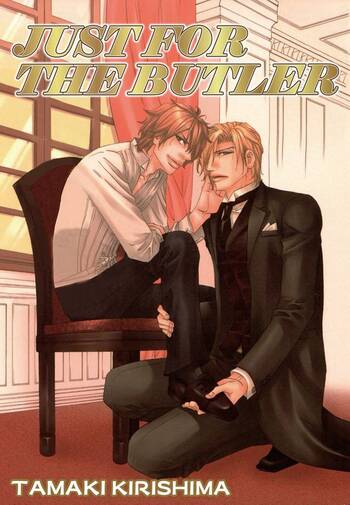 The story is about a clan of butlers that server their masters generation after generation in "special affairs" and not only in the house duties.

A normal high-school student, Ryou falls in love with the angelic young master, Minato. But the three butlers living with Minato are much too overprotective of him, when Ryou wants to get intimate with Minato for a moment, he's always interrupted by the three; with three light bulbs forcing themselves between the pair of lovers, what is to be done?

Saotome Hijiri is undemonstrative butler that received an order from his master to take care of his lover's big brother, idler Kozakura. Noisy, slovenly, capricious... and behaving himself like a kid to top of that - that is the person to be cared of by the whole week. But Kozakura is full of contradictions: look like a boa on prey, his stare filled of love in an instant. That brings butler's heart to complete chaos!

Kiryuu Yoshitsugu, like the predecessors of his family, serves the Saoinji family as a butler and is the primary ward over the household’s first and only son, Kaede. Yoshitsugu has held feelings for his master ever since they were children, however, his master wanted a prince - someone he could never be. He has resolved to at least act as his master’s knight and keep his feelings a secret while his master goes on to find his ideal. But can Yoshitsugu really keep himself in check when his master comes running back saying that he’s met the prince he’s been looking for?

After his fathers death, Rui is given his father's entire fortune. Rui shares the fortune with his little sister. However, there is one thing he does not want to share, his butler, Kuroe.

I will become a suitable lover! To pay for her father’s debts. Poor, virgin Miku ended up applying to be the lover of a distantly related CEO, and takes “lover lessons” from a handsome butler. On the sofa of a mansion… in a suite of a high class hotel… undergoing H lectures from the butler causes Miku who is a virgin to weaken…!?

She has a fiance, but she has an unrequited love for her butler. And in order to get married and be an excellent wife, she has to get bridal training from her butler!? Her heart will pound from all kinds of love lessons soon! It's so stimulating, she might go crazy.