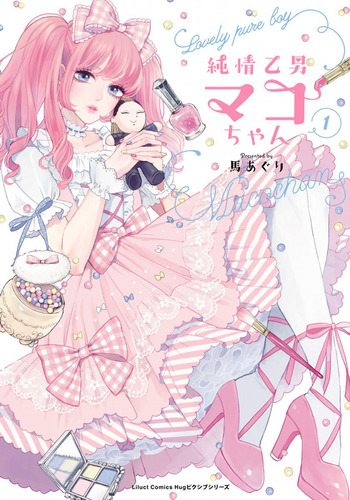 When swordsman Young-Young Jin was killed in feudal times, he made a wish that he could have an iron body in his next life. Unfortunately for the man, his dream was taken a little too seriously and he reincarnates as a coffee vending machine, able to transform into a human at will. While the man passes his days wandering the streets and engaging in battles with mysterious foes, he soon finds himself drawn to Hye-Mi, an oft-tipsy girl who soon discovers his secret and starts to fall for him. Can love ever bloom between a woman and a beverage-dispensing object?

Marie and Miriuru sit together on a bed, and through blushing cheeks, express their feelings for each other. They want to take things to the next level, but a technicality may stand in the way...

The official music video for HEART, by group_inou.

19-year old Reiko is a rich, arrogant, material girl, who refuses to admit her feelings for classmate Tetsuya Akimoto before it's almost too late. Reiko pursues him to Tokyo and enrols at his university in an attempt to win him back.

The official music video for the Vocaloid song Caramel Heaven, by the producer Last Note.

Murai is an unassuming high school boy who confesses his love for the teacher Tanaka, a woman who is a fan of otome games. When Tanaka curtly refuses Murai's advances, Murai returns the next day a changed man: new hair, new style, all emulating Tanaka's favorite character from an otome game. Now Murai sets out on his quest to be Tanaka's dream man.