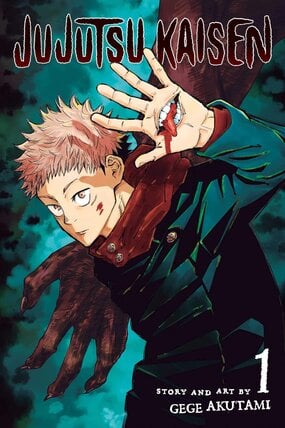 Thoughts up to Chapter 136: Jujutsu Kaisen is a supernatural horror shounen that originally came out in March 2018 in Weekly Shounen Jump. It had gore and the type of elements you'd find in a dark fantasy shounen. And for a while I felt happy reading it, maybe cause of the hype and the overall action that would keep me going. It might have to do with me becoming more aware(that and the anime adaption), but at some point I became unhappy with the series. Story- The story begins when Yuji eats a cursed item that leads to him being posessed by Sakuna, a malevolent spirit. From there the overall goal is to collect all of Sakuna's fingers so they can properly dispose of him once and for all. I mean, "collect the items" type of story has always been a thing since Dragon Ball. What defines that type of story is how fun it is. Along the way, we do see the characters run into other antagonists such as Geto/Kamo and Mahito, along with their own goals. Whether it be creating a world for cursed beings, or one for Jujutsu Sorcerers. But I feel like its hard to sympathize with the villains, though I'll get to that in a second. Art- The art does come off as rough in the beginning, but since the manga has horror elements, it helps to hammer in those moments of shock and brutality. Its one of those parts of the manga that its strongest at. Characters- The main cast is made up three characters, being Yuji, Nobara and Megumi. I think the author intended for Yuji to be a good hearted character(he chooses to become a Jujutsu Sorcerer with the time he has left to do one last good deed before his eventual death), but I think that's part of the problem. In the world of Jujutsu Kaisen, kindness is nice to a point where it can be a hindrance to a character. The dude almost gets himself killed a few times, simply because he's willing to sacrifice himself for people he may/may not know. I know that this is a trait for most shounen protagonists, but I don't want that to be the only defining trait for Yuji. Megumi reminds me a lot of Sasuke from Naruto, and I don't mean that lightly. He comes from a family line of Jujutsu sorcerers, he has black hair, sort of comes of as an anti-hero with how he views the world, good people deserve saving while evil people do not. He's even introverted with how he acts around his team-mates. You can say that Gege Akutami has been influenced by other shounen series like Yu Yu Hakusho, Naruto and Bleach. But when you are constantly making characters similiar to other ones, it makes it all that harder to like that character. Nobara I feel is the best out of the three protagonists. I mean yeah, she can be a bit over-confident, but I do appreciate that she is true to herself. I'm convinced that the author created her as an anti-thesis to Sakura from Naruto. One thing's for sure, Nobara certainly won't take shit from other characters compared to Sakura. And as much as I like Nobara, I don't think she's enough to make up for the other protagonists and the ways they fell short. That and the fact that Gojo is way too similar to Kakashi from Naruto. One of the first major antagonists of the series is Mahito, a curse-being created from humans. The character is pretty much insane, but he is smart enough to be rational. He's the definition of superficial, so there's not much to expect from him other than the fact that he's out for himself. And I think that's the problem, he's not an actual human you can relate to. I like insane characters, but I want to understand and relate to them in a way that feels human. Its one of the reasons why I like Valter from Fire Emblem: Sacred Stones. Yes, he's an asshole, but he has a backstory and a motive to create fear and chaos, and he comes off as a fun character, which was the point. Geto/Kamo I feel is meant to be Jujutsu Kaisen's version of Orochimaru from Naruto. He wants to create his own world of Jujutsu sorcerers and believes humanity cannot survive without Jujutsu arts. He's the type of character where the ends justify the means, and while I do like those kinds of villains, I don't find anything about him that feels relatable, or fun. Overall- Jujutsu Kaisen I feel is a series that is meant to be enjoyed by anime/manga fans that are really new to the medium. They are the type of audience that won't make as many comparisons to older series, since its quite clear that Jujutsu Kaisen was influenced by older shounen series. I don't think its a problem for an anime/manga to draw influence from other series, older works are meant to inspire new authors. But I feel like the series borrows too much for its own good, and I've become aware of that. It makes all these references to Digimon and Uzumaki, and its become rather exhausting. I'm being reminded of series I'd rather rewatch/reread than to continue with JJK, simply because of how much it relies on action and supernatural elements. The Shibuya incident arc almost finally wrapped up, and yet the story with Yuji is nowhere near close to being finished. The only reason JJK happened was cause of Demon Slayer's success, Shounen Jump saw the need to keep churning out more supernatural shounens, and quite honestly I've had enough. But at least I can say that I tried and in the end JJK just wasn't my thing.

Okay so... I do not fall under the standard demographic for shounen but regardless I've been reading shonen manga for a while now. I'm only up to chapter 80 or so and even though more than that has been published, I'm more than halfway through what's come out but I could no longer resist writing a review. I've enjoyed other shounen more tbh but this is the first time I've ever itched to write a review.  So... the art is fantastic though I really don't like body morph as a general rule which is the only reason I gave the art a 9. The expressions, body language and character traits come across quite thoroughly through the art. Character progression is slow and steady yet you constantly feel like there's another layer and something you are missing. Even a minor crush from middle school days that pretty much has nothing to do the plot connects with the reader because it's just so human. Storywise it follows a fairly standard shounen format. I'm not mad. What works works so long as you don't do it terribly. I do feel the rivalry is slightly forced between yuuji and megumi but perhaps it's just a translation issue. Idk.  Now onto the main reason I felt I absolutely needed to write this review. The themes. Them themes bro. Like I cannot express. It delves into those dreges of consciousness that none of us want to admit that we have contemplated(Megumi and Mai and Getou and even early Gojo). It also completely blows past such basic concepts as good and evil. It is established pretty much from the get go, through megumi, that this isn't the sort of story where the good guys are the type that want to save everyone and the bad guy are ones who kill. Yuugi is the standard shonen protagonist in that aspect but not to the point where it holds him back, he is capable of making the decision that goes against the broad notion of morals and acceptability when compared to what he actually wants to achieve. This isn't so much a story about morals but about the nature of humanity and how quickly it can change based on what you strive for and the things you have experienced. There is so much deeper you can go into the themes. I've fallen into an endless thought spiral and that doesn't generally happen with shonen. Like at all. The most I usually think is like 10 or 20 minutes. This manga has had me contemplating for at least two hours and I see no clear end.  I wanted to write this review in the middle of binging the series to make sure I gave it the proper amount of thought it is due while also telling others that there is so much more to this manga than the surface premise would lead you to believe. Please give it a shot. 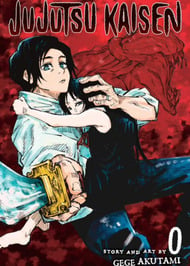 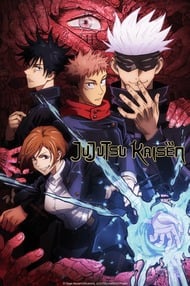 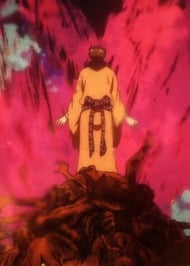 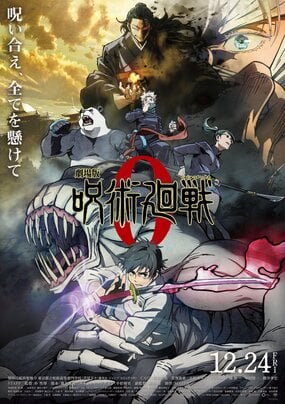