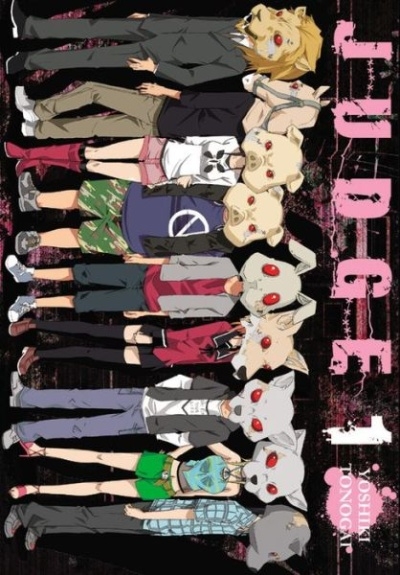 They're both by the the same artist and author, and they have the same sort of feel to them. I think Judge is the sequal to Doubt, though. 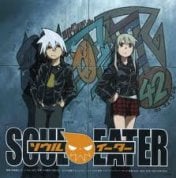 If you liked Doubt then you would like Judge, and vise versa. Main reason is in both series the characters are all trying to survive. They are also by the the same mangaka, and just so every one knows Judge is not the sequel to Doubt. They are also both thriller reads.

Both mangas are created by the same person and follow the same concept. The characters are trapped in a building and must try to escape. But this is not as easy as it seems as they are killed off one by one and the killer appears to be one of the trapped persons.

Judge has a twist on Doubt as that manga has the extra danger of the people needing to vote every 12 hours to decide who will die next.

Though these are from the same author and have incredibly similar feels/motives/everything, they are not related. Thus, if you liked the idea of one (a group of people kidnapped, forced to play in a death game with weird masks), you'll certainly like the other.

Im currently reading the third edition of Judge. For those who did not know, Doubt is similar to Judge and is the sequel of it. However, it shows completely different characters, I have yet to see if any characters from Doubt makes an appearance on Judge.

The plot is similar, and I think some, or, many will enjoy it. Many characters are trapped in a building, and they are looking for clues as to leaving and going outside. However, there is deception, lies, and betrayal. And also death.

Misa and Tatsuya have been dating for two years, and have come to the amusement park today to ride the rollercoaster. They strap in, ready for a thrilling ride – but little did the pair and others aboard know that they would be forced to play in a sadistic game where they must hang from the safety bar and fall, one by one, until only a single person was left. Who will survive this brutal game, and who is orchestrating it from behind the scenes?

Though both have hardly any development chapter wise, they both have the same concept.  8.1 and Judge are manga dedicated towards harsh "death games".  Basically, they are both about a group of people taken by their own will into a game of death.  If you like gory death games and suspension moments, then read up on either of these manga.

Different concept, similar thrills - both involve a group of people forced into a terrifying death game against their will. 8.1 is far more gory than Judge, however.

When a group of children discover a strange cave at the beach, their lives are forever changed. Inside they meet a man called Kokopelli who seems to have a lot of advanced gadgetry. He invites them to participate in a ‘game' in which they play heroes saving Earth from fifteen giant monsters. To defeat the invaders, he will give them a powerful mecha of black armor. The children eagerly sign the contract, name their new weapon Zearth, and must now take turns to pilot it; but the ‘game' is in fact all too real and the consequences of battle become the stuff of nightmares. With no option to cancel the contract, is there any way to stop the game before it is too late for all of them?

Bokurano is far less violent (at least, visually), but both follow a group of people in a terrifying, psychological game where their very choices dictate the lives of others. If you like the feel of one, give the other a try.

Liar Game and Judge are somewhat different high stakes games, but similar consequences and a lot of thrilling moments when you try to figure out who is being genuine or not. Try out one if you liked the other.

Sumio has a very unique ability: he sometimes falls asleep and unconsciously writes premonitions into a 'Dream Diary.' And while his divinations are usually harmless, Sumio's life is changed forever when he accurately predicts his mother's disappearance in an elevator. Shortly after, he awakens at school along with a handful of others and is forced into a dangerous game by an unknown being named Enigma. Now, the group must use their special abilities to escape the building in the next 72 hours or suffer a cost more horrifying than they can imagine. Will Sumio manage to help unify the group and get everyone out alive?

Judge and Enigma are similar Saw-style thrillers where the group must work together to survive. Judge is far more grim of the two (at least, so far with Enigma) but fans of one will appreciate the other.