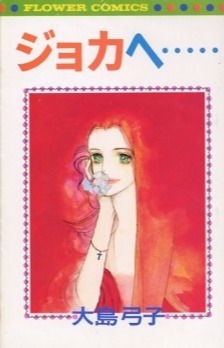 One morning, Satomi wakes up late for school. As she starts running to school, she crashes into Keshi. After staring at each other, they realize that they have switched bodies! Now Keshi is in Satomi's body and Satomi is in Keshi's body. They decide to live their lives in each others' bodies until they can fix their problem. But things start to get complicated when Mariko, Satomi's best friend, tells Keshi, who is in Satomi's body, that she likes Naoshige, Keshi's best friend. Since Keshi likes Mariko, he has no idea what to do about the situation.

Sagara becomes a girl in his third year of middle school, and has to deal with his crush on Kurosawa, a female classmate.

Ore to Atashi no Kareshi-sama

Hayate and Choko are twins who are as different as night and day. Choko acts like a shallow princess whose main concerns are her looks and cute things, while Hayate is the cool but overprotective brother with a penchant for sabotaging potential relationships for Choko. Naturally, Hayate plans to act accordingly when Chouko confesses to the school's prince, Tsukiyono (albeit, mainly for his looks). After an argument over Choko's love life, Hayate and Choko end up tumbling down some stairs together, and bizarrely find they've switched bodies. Even worse, and much to Choko's horror, Tsukiyono starts to fall for Hayate who is now in Choko's body.

In present day Japan, Amamiya falls unconscious at a school after slipping on a bottle. Though his soul was temporarily disembodied by the jolt, it was tugged back towards the physical plane soon thereafter... but into the wrong body! Unfortunately for Amamiya, his soul now inhabits the body of a rich, comatose girl named Amane, and his troubles don't end there. Now, Amamiya must not only deal with Amane's lecherous father and the life his host left behind, but also an irresponsible ghost monk who claims to understand Amamiya's new circumstances. The results of Amamiya's situation may have unexpected consequences on his mind, his gender, and even his heart!

In the year 79 AD, the city of Pompeii was buried under volcanic ash, and two lovers, Sirix and Serena, were separated by death. Now, Sirix has been reincarnated into a high school student named Keiki. His current father was his biggest rival, his mother was his sister, and his classmate was his best friend; but what Keiki really wants is to reunite with his lover, Serena, once more. Thus he believes it’s fate when she moves in next door, but there’s a catch: she’s actually… a he?! To make matters worse, it appears his best-friend-turned-classmate is in love with Keiki, while his lover-turned-neighbor is in love with his classmate. With dreams of Pompeii in his sleep and love triangles abounding, will Keiki ever reunite with his beloved Serena?

To gain the confidence to confess his love to his crush, high school student Yashiro visits a secluded shrine for 100 days straight. This earns him the attention of the enshrined deity and his fox attendant who follow Yashiro on the 100th day to see how the confession turns out. However, they are surprised to see him confess to a guy, Yashiro's longtime friend Kenta, only for Kenta to turn him down. Yashiro tries to joke around with Kenta, but he accidentally gets killed when a truck runs into him. Yashiro awakens in the presence of the shrine's god who decides to restore him back to life to give him a second chance with Kenta. In doing so, the god grants his wish to be reborn as a high school girl and gives her the name Kagura Tendou. However, she soon discovers that the god and Ukon plan to watch over her relationship with Kenta, although she's the only one who can see and hear them.

Rorigado gets a blast from his past when Kuma Yabusaka, his best buddy from junior high, walks into his classroom after a four year absence. Except that Kuma's now a cute diminutive schoolgirl!

Joonha is a normal, healthy boy of sixteen who has cruised through life without too many problems. Imagine his surprise when a recent trip to the bathroom suddenly reveals that he's not normal at all! With a shriek of "Oh, my Gosh!!!," he finds himself missing, well, something he never thought he could live without. The impact is too much for poor Joonha and he soon passes out. While in his half-conscious state, he overhears the incredible truth: his family is abnormal in the weirdest possible way. After puberty, their chromosomes undergo some kind of mutation, which converts their bodies into the opposite sex! Which means his father is really a woman who has been living as a man since the gene change took place. Now Joonha has to leave behind 16 years of life as a man and live as a woman. What will his childhood friend Jinhoo and the girl he has always liked, Heewon, say when they find out?!

The Sadistic Boy Band and Their Sexual Plaything: Onstage He's One Thing, but Backstage She's Another

"You've got such a hot body. From now on you'll be our plaything every night." Held captive by a sadistic boy band and forced to become their sex slave...!! Alphard is an up-and-coming boy band. But, it turns out that one of the members, Aki, is actually... a girl! Even if she tries to keep it a secret from the fans, once the other members find out, it's like they're different people...! Coming on to her in the greenroom after shows, in the locker room after dance practice, even in the bathroom, with no regard for where they are, they kiss and lick and explore her body, always wanting more and more... What does the future hold in store for Aki as her bandmates bicker and fight over who gets to have her next...!?