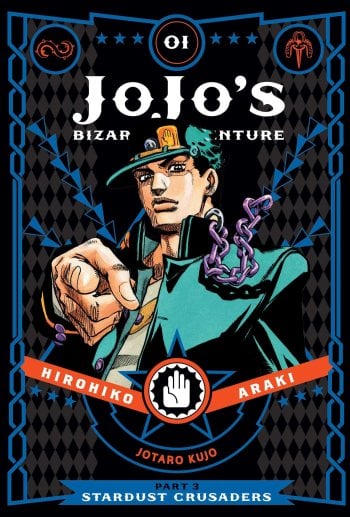 Stardust Crusaders is a truly awesome piece of manga. The chemistry between Jotaro and the gang are on point. The character deaths make you want to cry. It's awesome! Stardust Crusaders is Shōunen at its best, as the victories are more hard one. The cast is golden, and the villains memorable. Believe me, you'll have "Yare Yare Daze" and "OH. MY. GOD." in your catchphrase list for years to come. But, I won't be JoJo's golden goodie boy and talk all good. The pacing is a little off, and I kinda think that the tone change has a bit to be desired. Where Author Hirohiko Araki's shortcomings were blatant with Battle Tendancy, their mistakes were fixed in Stardust Crusaders, although Araki's storytelling has more to be desired in Stardust Crusaders. Overall, JoJo's Bizarre Adventure: Stardust Crusaders is an awesome manga I would recommend you check out if you're into cool fights, cheesy poses and catchphrases, and just generally the bizarre.