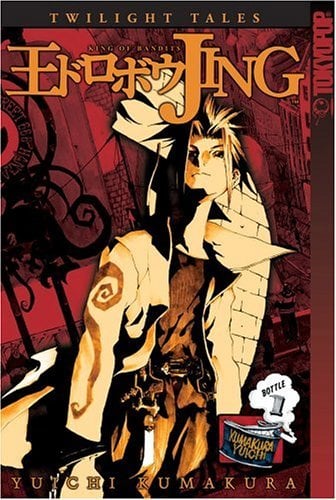 If you're looking for manga similar to Jing: King of Bandits Twilight Tales, you might like these titles.

On her eighteenth birthday, straight-laced pre-law student Samantha Beagley discovers that her parents are intergalactic thieves, and she must help them find an object they stole before Earth is destroyed by an angry victim.

Practice makes perfect for Lupin and the crew as they rehearse for their latest heist...but will they crumble under the pressure of the spotlight?! And later, during a daring mission at the museum, Inspector Zenigata may have finally come up with a way to confound our Master Thief! Think that'll stop Lupin? Of course not!

A wandering thief is counting his spoils when he comes across a military dog - a product of magic and chemistry that was created to have the intelligence of a human and the strength of a dog. Regardless of how badly they are treated, military dogs have the loyalty of man's best friend and will not disobey their master's command. The thief names the being Kilka and she stays by his side from henceforth. Together, the two adventure together and try to tackle the worst circumstances, including bounty hunters out for the thief's two million dollar bounty on his head...

The chivalrous thief Chloe spends her days and nights acting on behalf of those in need, resulting in her being seen as the hero of the poor, but Chloe herself feels guilty thinking of how a mere thief like her is regarded so highly. However, meeting the witch named Meifa will change her fate.