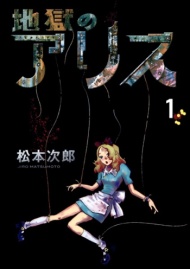 This world is broken, so are humans. Shuu is one of them. He's a talented sniper who keeps a broken android, named Alice. Together they live like hermits and make living by exterminating caravan robbers, until one day the woman that Shuu saved invites him to live in a commune.