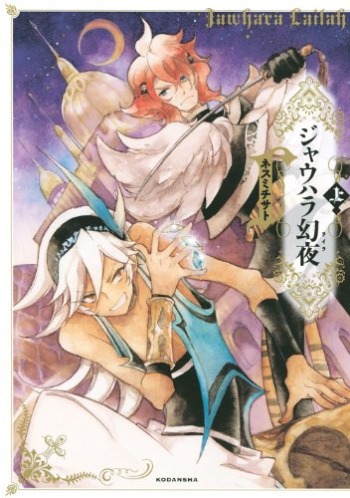 The Wizard and His Fairy

Deep in the forest, in a tower shrouded in mist, there lives a reclusive wizard by the name of Nebelhaut. When he happens across a beautiful fairy who’s being held captive and made a public spectacle, he knows he has to take her with him. He names the creature Sti and orders her to call him his master, but her heart remains closed to him. But as time goes on, she sees a different side of him—a side that’s both caring and awkward. The distance between the eccentric wizard and strong-willed fairy grows shorter day by day!

From the same author.

Both have the same feel. If you enjoyed the art of this one, then you'll definitely want to check out the other.

Young master Hewlett is a famous work-a-holic watch-maker whose one dream is to make watches only for people who appreciate and love them. And exactly when he thought he’d never meet such a person, his faithful butler Jill made him attend a tea-party where he met the new maid Mulara. And her first words were that her greatest treasure ever is one of master Hewlett’s old watches...

From the same author.

Jauhara Genya is a little more action oriented and Crook clock is more romance, but both are beautifully done.

A prince who’s been paying back his country’s debt little by little through mercenary work suddenly has the chance to get a huge sum of money. But the catch is, he has to arrest the leader of the strongest thief gang.