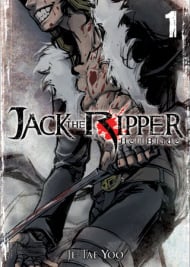 427 users are tracking this. Log in to see stats.

Honestly, the design is great, details are just amazing and you can follow the flow of a fight, story with the kids is touching. However it became totally a mess with the touch of King Arthur, snd then add some werewolves, vampires, Holy War and you have some ''crazy'' scientists' characters but it wasn't clear at all. To give more than 5/10 is due to the drawings.