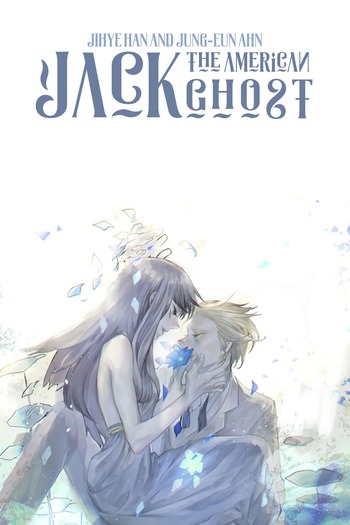 Wow, I was completley blown away by this manhwa. I went in not particularly knowing what to expect, but damn did it knock any expectations I had out of the park, and then some.

Storywise, it's very hard to know what to say while not giving too much away, and still selling it as it deserves to be. Lets just say the story gets a whole lot more complex as it goes on - this is by no means a simple horror. The initial premise is that Go-Eun's family's haunted house is on the verge of being shut down, so in a desperate attempt to save it she decides to go to the most famous haunted house in the world - partially for the million dollar prize there is for staying there for 15 nights, and partially to gain inspiration for her own haunted house. The only problem is the house has a tendancy to drive people insane.

The characters are surprisingly well developed for a series that's only 61 chapters long. Go-Eun is a pretty stoic character, with seemingly no fear, and an appearance that certainly befits a haunted house. Jack on the other hand is very egotistical and probably a little insane. Personally, I thought that the character development the two of them got was incredible.

If you like horror series, you will definitley enjoy this. If you enjoy emotional rollercoasters, I would highly reccomend giving this a go. If you're in it for character development, this is definitley the series for you. And if you like all three, well, today's you're lucky day!

American Ghost Jack is a manhwa that brings to life a story of love, death, and music. Our main Go-Eun Ma runs a Ghost House in an amusement park that is set to be destroyed soon. So she makes a deal that she'd get the money within a month. Go-Eun sets her sites soon on the famous haunted house, if you survive the time in there without quitting or breaking the rules you win a million dollars. It is the house of a famous musician who had killed himself ten years prior. She is put into the house with a few other people to see if they can stay sane long enough to earn their money.

The manhwa quickly takes a turn to horror, very scary horror once the games start. Each person is tested to their limits and their lives will forever be changed. The plot is constructed very well and there were no plot holes that I could find, then again I was really enjoying reading it so maybe I missed some. The characters are all unique and you find yourself rooting for Go-Eun to win it all. Of course the story never stays the straight path it says in the synopsis. It takes many twists and turns all for the sake of the story and all fit in seamlessly. Nothing feels out of place in this romantic horror manhwa.

Chapters are short so you'll read through it quickly and the art is wonderful. The gore, the expressions on the faces, everything is so wonderfully done. They also colored the manhwa and the time that must have took... it paid off in the end. Coloring the manhwa helped to set the mood greatly and made each character come to life in a way other mangas / manhwas cannot. The shading helps add to the expressions of the faces and creepiness of it all. The artist took their time to perfect what they were making and put their all into it. A fantastic team that can tell an amazing intertwining story. I have read there is a second season of it out but I have not read that yet. I have only read these 64 chapters and fell in love.

Overall, I love it, I simply love this manhwa and I respect the artist for putting so much work into it. I respect all artists who draw comics for they put so much love and effort into what they do. The ones who don't color have to add more lines to show expression which makes things so interesting. This manhwa is something you should read if you love romance, gore, horror, and great plots.

F**KING GREAT!!! I didn't read a good story in a long time!! It was amazing!!! But, i was a little sad cuz the ending was too heartbreaking... but in the same time i liked it.

I was really hesitant to start this when I first found it on tumblr since I'm a huge scaredy-cat. However, when I saw the ratings I thought it was worth the risk. The first few chapters and the prologue were the most frightening by far. That doesn't mean the rest of the strory is lacking in the horror department.

When I first started reading it, I was really frustrated that I couldn't guess where the plot line might lead. As it unfolded, I became so enthralled that I honestly didn't care by that point. The ending was really different from what I expected, but I won't say anything else so I won't spoil anyone.

I'm usually very picky about the manga/anime's art. This is the main reason why I haven't watched One Piece. By the way, is it worth watching? Back to the point... At the beginning the art in this manga didn't fascinate me, yet as I contined reading and seeing all the details, I slowly fell in love with it.

In overall I realy REALLY liked this manga/manhwa. I can't really compare it to anything since I usually only watch animes and can't buy manga cuz I'm broke. So American Ghost Jack was thrilling, creepy, and simply amazing. It also blew me away and I recomend it to anyone who's looking for amazing plot lines, different art styles, and plot twists.

The story was great!!! I was pretty much amazed!! It was really unexpected. I really recommend this.