Alt title: Someday Will I Be The Greatest Alchemist? 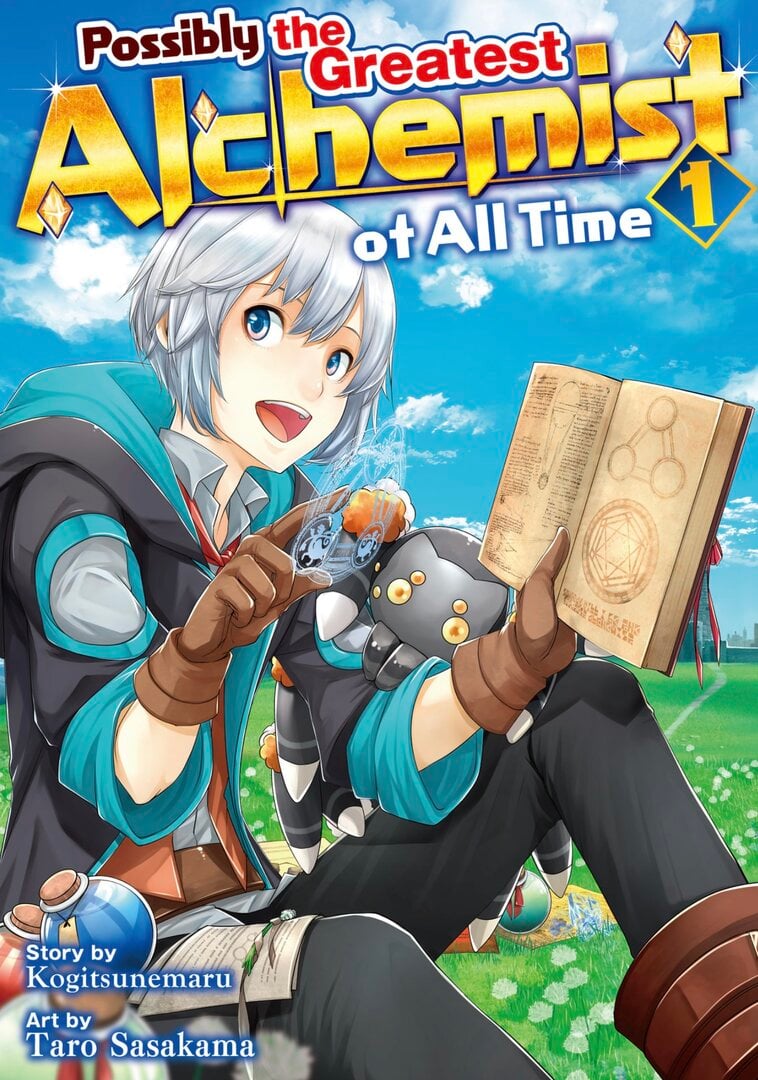 If you're looking for manga similar to Izure Saikyou no Renkinjutsu Shi?, you might like these titles.

Asakura Saku, a young physician, received a revelation from god and was summoned into another world in his 15-years old form with a growth cheat that dramatically raises his stats when he levels up. However, there was nothing and nobody around where he was summoned, which made him unsure about what he should do. After a while, he spotted the tracks of a horse-drawn carriage and decided to just follow after it… In his journey, he befriended an owl monster, fought off an encounter with a rampaging dragon, and saved a group of girls being attacked by goblins before he finally reached a town. There, he came to a realization. That he was an existence far from the common sense of this world—

Itonami Noria was summoned into another world. However, he did not possess any “skills” which any inhabitant of the other world all held. Evaluated as useless, he was casted out to the uninhabited land. Although appearing to lack any skills at first glance, Norio actually had the special gift “Ultimate Supporter”. Seeking a sense of adventure in another world, Itonami Noria christened himself as Kidan, and decides to cultivate the land. With his ability, “Ultimate Supporter”, he is able to make use to anything in his hand to maximum efficiency, gradually cultivating the land for use. One day, while fishing at the seaside, he caught a beautiful mermaid! She names herself as Pratty, and announces that she shall become his wife for catching her—!?

Growth cheats? Infinite magic power? The ability to utilize all archetypes? What's the point if instant death ends everything with a single attack? High school senior Yogiri Takatou was on a school field trip when he woke up to a dragon assaulting his sightseeing bus, with the only ones still on the bus being him and his female classmate, the panicking Tomochika Dannoura. Apparently the rest of his classmates had been given special powers by Sion, a woman who introduced herself as Sage, and escaped from the dragon, leaving those that hadn't received any special powers behind as dragon bait. And so Yogiri was thrown into a parallel universe full of danger, with no idea of what just happened. Likewise, Sion had no way of knowing just what kind of being she had summoned to her world.

Hametsu no Madou Ou to Golem no Banhi

In a land of swords and sorcery, a ritual is conducted to summon forth the “sorcerer king” who will bring about ruin–but succeeds only in summoning an ordinary human boy from Earth. Stripped of his name and memories but endowed with sudden, enormous magic power, our protagonist has no intention of destroying the world. Fortunately for him, tinkering with his newfound magic results in the creation of a powerful (and beautiful) new partner…and she can keep him safe!