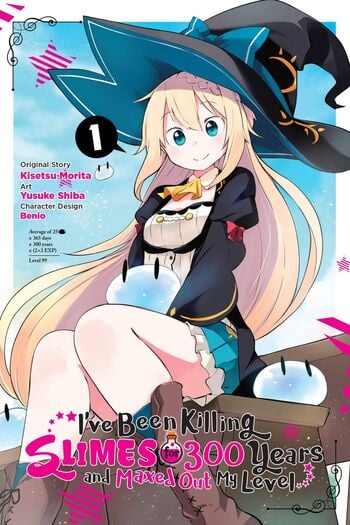 Ordinary office lady Azusa Aizawa died due to overwork. For that reason, when she finds herself reborn as an immortal witch with the appearance of a 17-year-old, she decides to live an easy-going life. Her main source of income is collecting magic stones that drop off the slimes that live in the nearby forest and selling them at the nearby village's guild. After doing this for the last 300 years, she's unknowingly become a level 99 witch, the most powerful of all.

In Another World but as a Cute Witch. That about sums up this Manga. Generic start, middle age office worker dies, is reincarnated in to a another world as an immortal witch. After killing slimes everyday for 300 years, She has maxed her level and is now OP. This sounds like every other Isekai story. But with the change to a female protaganist, brings a refreshing feeling with it. Since there is no MC gathering up girls for his harem.By Volume 1, you get introduced to other cute girls, a slime girl & a dragon girl. It a sweet little Isekai Manga, cute girls and a fun story. Fun sounds about the best way to describe this one.

In a nutshellModern day, Japan. Azusa Aizawa is a salarywoman; she has completely forsaken everything that makes a life enjoyable: fun and love for her mean absolutely nothing. One day, she had to work fifty consecutive days and barely got any sleep. This, indeed, caused her a huge damage for her health, which resulted in her death. A moment later she noticed either an angel, or a God that took pity on her and promised her to fulfill any wish that she would have. Azusa asked for immortality that was a wish she was not thinking about, it was simply the first thing that came to her mind and she uttered it. The God agreed to fulfill her wish and after that Azusa found her in a new world. And so her new life begins.StoryStory wise, the manga hardly has anything new to offer to the reader. Azusa Aizawa had quite an unfortunate life. Thankfully, some God notices her and decides to reward her. Azusa gets teleported into a new world, where she is finally able to enjoy her life to the fullest. For 300 years, she does the same things over and over again: killing slimes that are near her home, making medicine for country people, enjoying food and just doing whatever she wants, when she wants. After 300 years, she does not even notice that it has been so long already. She gets her power measured and notices that she is now a max level witch. Of course, it is difficult to keep secrets in a village; everyone knows everything about each other. Therefore, the villagers find out about the power of the witch, so do other people, as well as some powerful creatures. The secret about Azusa’s power is no longer a secret and so she will not be able to enjoy her quiet life anymore.CharactersCharacters wise, While Killing Slimes for 300 Years, I Became the Max Level Unknowingly has lovely characters, where even supporting characters are very entertaining. Azusa Aizawa, being reborn as a witch does not forget about her horrible previous life and always gets angry whenever her friends decide to overwork. She is a very caring person, which is the reason why so many people decide to follow her and want to be with her. Azusa aside, there are also many other interesting characters that will not leave you bored.OverallWhile Killing Slimes for 300 Years, I Became the Max Level Unknowingly is an isekai that does not have any epic fight scenes, or drama that will melt your heart. It is more of a heartwarming slice of life, with magic, demons, dragons and other monsters involved. It is actually a very good and relaxing manga, however, trying to read it in one go might be somewhat boring, so take your time. 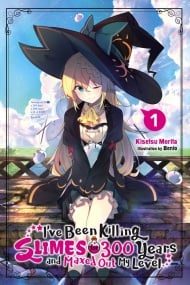 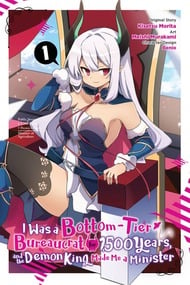 I Was a Bottom-Tier Bureaucrat for 1,500 Years, and the Demon King Made Me a Minister 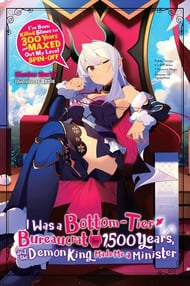 I Was a Bottom-Tier Bureaucrat for 1,500 Years, and the Demon King Made Me a Minister (Light Novel) 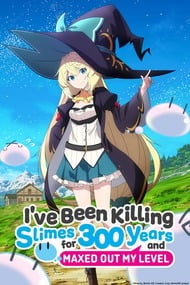