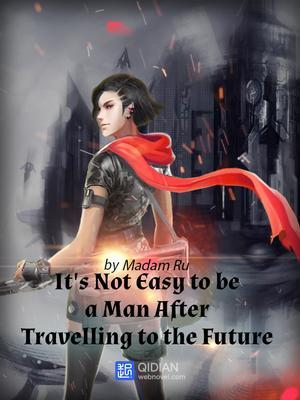 If you're looking for manga similar to It's Not Easy to Be a Man After Travelling to the Future (Novel), you might like these titles.

After being transported to another world, Lei XinFeng must struggle to survive. His village is settled in a forest, far away from any major cities. The simple hunter’s life is the norm. The village struggles every year to gather enough food in summer to store for winter. However, this world is not as simple as it seems. After just turning 16 years old, his grandpa is ready to begin Lei XinFeng’s LunLi training. Just what is Lunli, and what past did his grandpa have? Will the new training help improve his current life, and what obstacles will the coming winter bring.

In the foreign world, the martial artists dominate the world and the sword of the emperor controls the fate of hundreds of millions of lives! Long Yu, the number one killer on Earth, after dying, takes rebirth in this new world in an aristocratic family of martial artists but faces rejection because he is unable to practice martial arts.

Against the Gods (Novel)

Hunted for possessing a heaven-defying object, Yun Che is a young man in both that life and the next. Throwing himself off a cliff to spite his pursuers, Yun Che is reincarnated as Xiao Che, a recently poisoned teen in another realm. Just as hated in this life as the previous one, Che must overcome his own hostile clan, his own inability to cultivate, and his own frosty fiancée.

Warlock of the Magus World (Novel)

Leylin is transported from an advanced technological era into a medieval world: except there’s magic. Equipped with only his quick wits and an A.I. chip fused to his soul, he sets out to become the most powerful magus the world has ever known. In a land divided into the Light and Dark Magi, the weak can either be cattle or disposable slaves. Only the strong can determine their lives, and only they have the luxury for virtue. Yet strength is only a tool for Leylin, like any other. His goal, in the end, is his own.

Legend of the Supreme Soldier (Novel)

Ye Chong was a denizen of Trash Planet-12. On one fateful day, he discovered a treasure that would forever alter his destiny from a pile of junk – Mu Shang, an unknown machine with artificial intelligence and a lost memory. Together, they venture into the vast galaxy as the isolated “caveman” that was Ye Chong began absorbing all sorts of knowledge and meeting people from all walks of life. He gradually discovers more and more about his own mysterious past as well as his partner’s.

The arrival of origin ability era. Many berserk beasts spawned. Humans with superpowers blooming like mushrooms. Su Hao is just an ordinary 3rd year high school student who had mastered a lowly grade origin ability named “Model analysis”.However, when he was creating a character model in his mind by analyzing the opposing side’s ability, a crazy idea echoed in his mind. What would happen if he creates a model of the entire world? This would imply that he… would be like a God, controlling the world!

The most precious things in the world are priceless. Ordinary men tend to turn a blind eye to this fact. Apart from the treasured air, sunlight, and familial love, there is still one more thing that’s extremely valuable. It’s right beside you and can be easily obtained. But... I wonder whether you can see it?

Traversing into another world, Zhang Xuan finds himself becoming an honorable teacher. Along with his transcension, a mysterious library appears in his mind. As long as it is something he has seen, regardless of whether it is a human or an object, a book on its weaknesses will be automatically compiled in the library. Thus, he becomes formidable. “Emperor Zhuoyang, why do you detest wearing your underwear so much? As an emperor, can’t you pay a little more attention to your image?” “Fairy Linglong, you can always look for me if you find yourself unable to sleep at night. I am skilled in lullabies!” “And you, Demon Lord Qiankun! Can you cut down on the garlic? Are you trying to kill me with that stench?”